After studying tax law and working as a tax consultant, the joke's on Australian comedian Nazeem Hussain because he says he is hopeless with money.

But he's learning to make his life richer by spending less on things that don't add anything to his life.

Hussain shares what he's learning about where we waste money and what to do about it as the host of a popular podcast called The Pineapple Project. 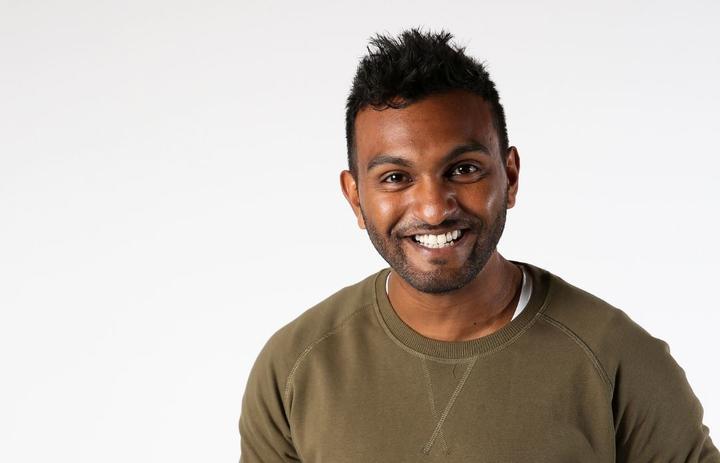 "The personality types of comedians is you know, we sort of live day to day, a financial plan is not something that we tend to think about, even though I have a background in accountancy. I worked at PwC back in the day, and if you were one of my clients, I'd advise you to go get a second opinion,” he told Jesse Mulligan.

Through the podcast and talking to various experts and ordinary people who manage money a little smarter, he has learned that it’s not so much what you earn but how you spend, he says.

“I found that a big part of my money problems lies not in earning or saving, but more in excessive or mindless spending.

“I think a lot of the time, especially during lockdown, we spend to try to fill in a void subconsciously to seek a bit of happiness with an impulse purchase.”

It is a short-lived happiness, he says.

“Once you hit buy, and you put in your credit card details, it's all downhill from there.”

“Amazon's profits have skyrocketed. They've made more money since the pandemic hit than in any other reporting period.

“Definitely, I think when we're all indoors, we're not going out and spending, we're staying in and spending possibly more to try to compensate for the restrictions in our lives.”

An uncomfortable but useful exercise is to go through your credit card statement, he says.

“Just go through some of your online items, just look at the last 10 purchases you've made and think about whether they were planned or impulsive and you'll find that more of them than you think we're just done on a whim.”

There is nothing wrong with the odd treat, especially in these grim times, but things can spiral, he says.

“If you're looking to make yourself happier, a lot of the purchases that we make impulsively don't bring that long lasting happiness.

“In fact the guilt that comes from the purchase then triggers you to buy another purchase, to buy something else. So, you just sort of get caught in this endless loop and that's again modern marketing and the algorithms around social media.”

His own biggest money mistakes came from impulsivity, Hussain says.

The keeping up with the Jones syndrome is a powerful impulse, he says.

It also doesn’t work, research he says shows something called the status symbol paradox where people view others with the latest flash purchase negatively.

“So really, spending more money to impress people has the opposite effect.”

The central theme of the podcast is spend, but only on things which give you genuine pleasure, he says.

“Don't buy things that are going to give you these very short bumps in dopamine or whatever.”

And there are techniques to avoiding the impulse buy, he says leaving your wallet in the car when you're browsing for an item or keeping the credit card out of harm’s way when online browsing.

One guest on the podcast is Dave who managed to retire in his 30s.

“But he doesn't spend on things again, that he doesn't need. He does all the things he wants, he exercises goes out, has dinners and lunches with friends, but he just thinks before he purchases.