The case of David Tua's appearance of Wheel of Fortune in 1992 has created what could be considered one of the most misheard lines in New Zealand television history.

The former New Zealand professional boxer was ridiculed for – what some say they heard as - choosing an "o for awesome". But Tua insists he never said that.

In an article for The Spinoff, George Driver has left no stone unturned getting to the truth - and it turns out we owe our former boxing great an apology.

Tua was an arriving star in the sport at the time, having just won the bronze medal at the Barcelona Olympics.

“[He] gets to his first spin and requests the first vowel, an ‘o for Olsen’. Some time since, everyone has remembered it as ‘o for awesome’ and the myth has continued for about 30 years, but after doing a bit of research, I’m convinced it’s ‘o for Olsen’.”

“He grew up in the same area as Olsen Filipaina with a family friend, and [Filipaina] was apparently quite a hero to David Tua, so he was paying tribute to one of his sporting heroes in a way, referencing the ‘o for Olsen’.

“But the rest of the country didn’t hear it like that and hasn’t sort of given him the benefit of the doubt since.” 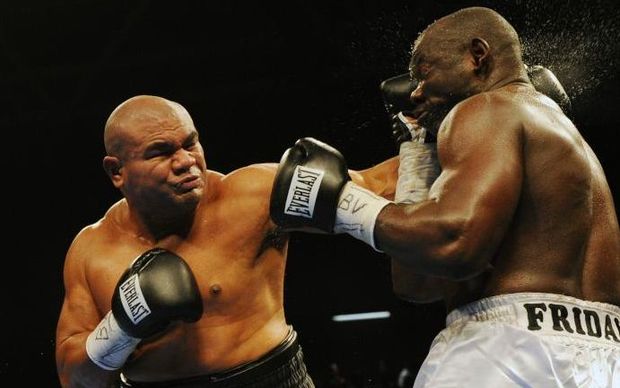 Driver says not many have looked into the details who the Olsen referenced was or the reasons. But in a book published last year about Olsen Filipaina, The Big O, Tua clarifies once again he said Olsen.

“Olsen Filipaina’s brother, Alf Filipaina, who is an Auckland councillor, he says David Tua always said it was Olsen and sounds like the Samoan community has been angry about this for quite some time.

“One of their sporting heroes has been ridiculed by the public in a way, often not just made fun of, but I think they’ve always wanted to set the record straight and not found it particularly funny.”

Driver says the presenter says he didn’t hear it at the time but believed it was ‘o for awesome’. And in an interview on NZ On Screen’s Screentalk, producer Gavin Wood was adamant that Tua said “awesome”.

But Driver says he believes the audio is clear enough for people to hear Olsen.

“Other people I talked to said if you’re going to pick a word to represent ‘o’, Olsen would’ve been choice, the big O, Olsen Filipaina as he is known as, makes sense.

“Also in the context of the show, almost all of the letters are called for using first names. Fourteen out of the 17 letters – I watched the whole show.

“So I think there’s enough evidence, as well as if people go and listen to the audio themselves, it is convincing.”