How to talk about social justice issues without arguing

The principle of charity seeks the truth, not to win the fight but to truly understand the other before rejecting their ideas.

It's the principle that guides a podcast by two cousins who have conversations about tough social issues but with an interesting twist. 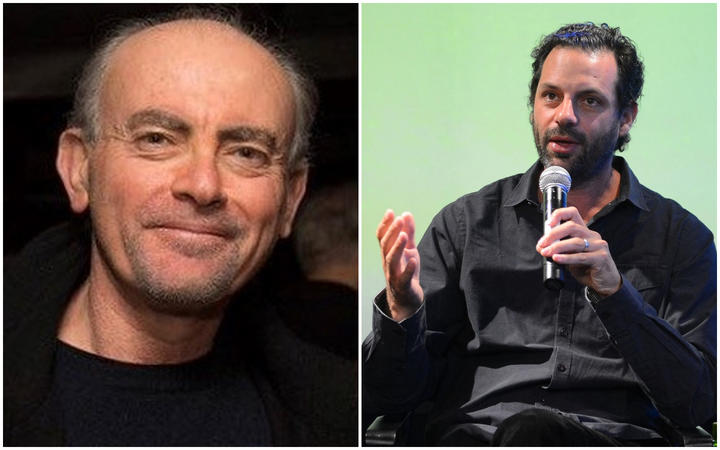 The series invites guests to bring thoughtful discourse about tough topics, including divorce, the morality of eating meat and putting a dollar amount on the value of human life, which don’t devolve into fights.

The podcast asks guests to sum up their opponent's view at the end of each episode with the strongest points they made.

“Finding somebody and finding truth or validity in what somebody else says that you disagree with quite passionately is a lot of intellectual and emotional horsepower,” Dr Vogelman told Afternoons.

“That is one of the principles of charity - it’s based on an old philosophical and scientific principle … to balance you out and make sure you are always looking at the alternative viewpoint.”

Sherman says it was hard to get guests, because while academics may be used to presenting multiple sides of an argument, there was a lot at risk for advocates and activists.

“It’s a really brave thing to do.”

He says people can be often consumed by the soundbite nature of arguments.

“Podcasts these days are one of the great formats to be able to do it, because it’s one of the least soundbite-y formats and one of the areas which is most protected and we’re able to create a sense of safe space for difficult conversations.”

Applying the principle of charity

Sherman told Afternoons social media and technologies have made it harder for people to hear each other out.

“Even just to have a forum where you can hear views that you don’t know or agree with is rare.

One of the most important aspects to hear an argument is to view it in good faith, he says.

“It is about trust and building trust ... We’re not trying to pave over disagreements … we’re not suggesting for a second that two people with different views can get together and come out holding hands going’ we now agree’.

“To even get to the stage where you know what you disagree on, where you know how to approach your disagreement, you need to understand the best version of the other’s position, and to do that you need to come into good faith in the conversation.”

However, Sherman says often people seem to have the impetus to assume the worst of others.

“Don’t impute a whole bunch of bad intentions behind the scenes because no-one can really express what they think perfectly.

“We’re not trying to say everyone needs to agree on everything. There are some people who come in bad faith and are just evil people, there’s some really terrible ideas out there.

“But what we found is there are actually a lot good ideas out there, that often lie on the table when you’re just stuck with your own idea.”

Dr Vogelman says one of the worst ways to try and influence an argument was by picking on others and trying to outsmart them.

“It’s how you disagree that becomes absolutely fundamental to how you build relationships, group culture, company culture.

“If you instinctively reject their argument immediately without listening to them, the chances are they actually become more extreme.”

Although, he admits the sometimes the principle of charity doesn’t work in high oppressive or authoritarian environments.

He also says the principle shouldn’t prevent people from calling out discrimination.

“I think you can have a charitable approach to listening first, but at some point, there are certain values you may have that get transgressed, whether that’s racism or sexism … I believe you’re morally obliged to call the person for what they are.”

Sherman hopes the podcast will encourage the principle of charity to become the norm, which he believes would work against the nastier parts of human instinct.

“You need principles, structures, culture in order to encourage you to act differently to how you would like to.”