Mental health in sport, issues being addressed at the Olympics

Today, US gymnast Simone Biles dropped out of the team final at the Tokyo Olympics, saying she needs to prioritise her mental health.

So what's causing athletes at the pinnacle of their careers to chuck it all in before even attempting to win a medal?

Sports psychologist Gary Hermansson talks to Jesse Mulligan about the mental pressure on athletes and how it can be addressed. 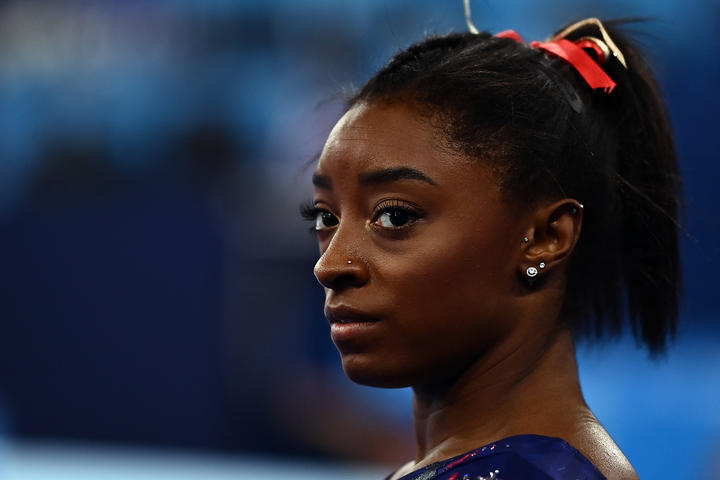 When he went to the 1998 Commonwealth Games in Kuala Lumpur, many athletes were reluctant to talk to a psychologist.

“Being seen in my company would have been seen as indicative of problems.”

Pressures build on athletes when they are not able to be present, he says.

“When you're performing, what you're striving to do is have your brain and your body in alignment, just dealing with whatever pops up in the moment.

“But what typically happens is the expectations push you towards trying to control the future outcomes. And that creates a misalignment. So only part of your brain is attending to the task at hand. The other part is trying to deal with the issues about what might happen if you don't achieve that.”

Hermansson suspects the mounting pressures on Biles had reached the point where it was too late for her to benefit from counselling.

“I think in her case, the point of her coming to anybody at that point in time, it's almost like it's a done deal.

“She'll get a bit of a backlash, I'm sure, from some of the people that would say you've let your teammates down, or you should have just hardened up and gone and done it.”

Athletes can get to a place where fear of failure becomes paralysing, he says.

“The problem is that we all know the most fundamental fears we have are the fear of rejection and abandonment.

“And I think she's at a point where the consequences of her not meeting the expectations, really throw her into that space of whether I'm accepted as a human being and as an athlete. That's where things get to be quite profound.”

Hermansson believes Japanese tennis player Naomi Osaka’s announcement that she wouldn’t do post-match media has encouraged other athletes to use their voices.

“When you get somebody who's prepared to speak out and say things and there's some controversy about the issue with Naomi Osaka spurning the media or not, but when somebody of that profile says something and expresses what's going on for them in mental health terms, then it does provide a bit of an avenue for others who might be torn between such a disclosure or not being prepared to say hey me too.”

“One of the things about New Zealand athletes is they often carry the weight of the nation and part of our identity as a nation as well, so the consequences of succeeding or failing are quite heavy.”