For many, sharks are the villains of the ocean.

Valerie Taylor disagrees, but is willing to take her share of the blame for that reputation - she worked with her late husband Ron Taylor on the film Jaws.

Now 85 years old, the pioneering underwater filmmaker and shark researcher still swims with sharks and has dedicated her life to protecting the ocean’s most maligned creature.

Valerie spent her childhood in New Zealand and suffered polio. She tells Jesse Mulligan the experience imbued her with a sense of fearlessness.

Her first glimpse of the underwater world was in Lower Hutt.

“It changed the way I looked at the ocean, and looking underwater, all I was doing was lying on the surface with a homemade facemask looking at a piece of kelp off Point Howard. 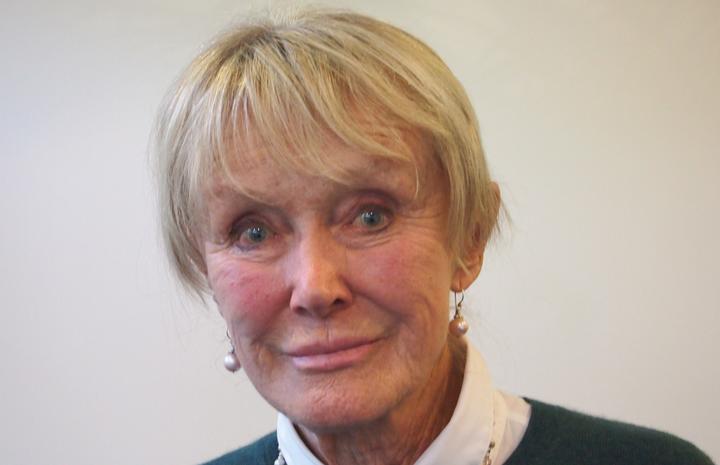 That moment led directly to Valerie's life of adventure.

“It's something addictive about seeing places that no-one else has ever seen, being the first human to ever get there, seeing the world as nature made it - this is underwater.

“And you can't see it today. No young person would ever see the marine environment as I saw when I was young, it’s a pity, but man has changed not only above water but underwater. And neither place for the better.”

Valerie became interested in sharks in the 1960s when she and Ron were spearfishers in Australia.

“I was a spearo and was always trying to get rid of [sharks] because they'd take the fish I’d speared.

“But once I realised what damage spearfishing was doing to all life on reefs, my husband and I quit. We're both Australian champions and we quit.” 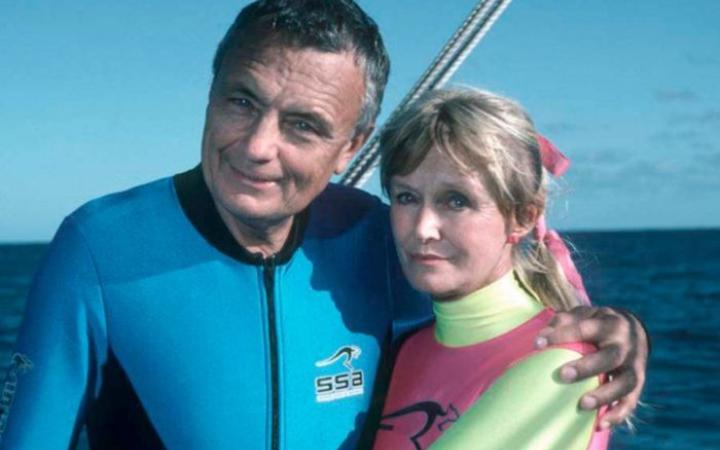 The Taylors' growing reputation as shark experts brought them to the attention of some Hollywood filmmakers planning a shark movie.

“The producers of Jaws sent us the galley proofs of a book called Jaws written by a man called Peter Benchley, and it was just galley proofs. And they said 'we think that this could make a good movie'.

“Both Ron and I read them and we thought 'yes, of course there's work here for us'. So, we wrote back and said yes, and they acquired the rights to the story.”

Ron and Valerie went off to South Australia to capture footage of great white sharks for the film. Then the film company, Universal, invited them both to Martha’s Vineyard where the film was being shot.

“We couldn't work there, we didn't have a green card. They took us there as a gift. We met everybody who was working on and in the movie.

“And we became good friends with Roy Schneider, he was a lovely bloke. We used to sit on the beach together during breaks.”

Yet the book and film of Jaws had a malign impact, Valerie says.

“This is what startled, surprised and distressed everybody. It was a mechanical shark, in a fictitious story and the general public took it seriously.

“You don't go to New York and think you're going to see King Kong on the Empire State Building. People seemed to think if they went to the beach and walked into the water there’d be a shark there.” 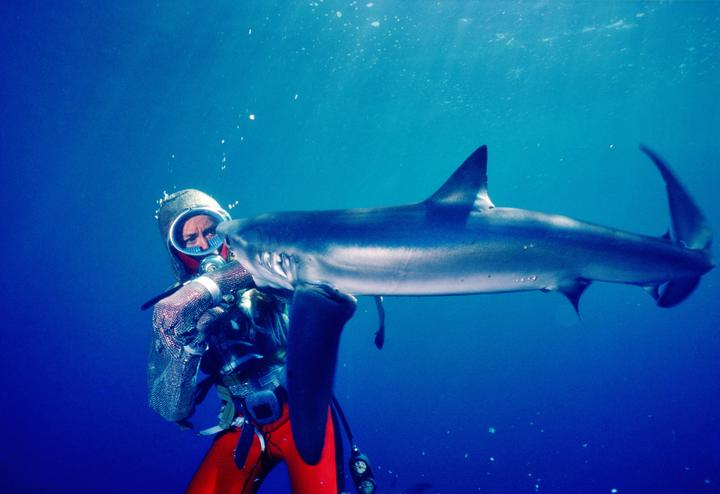 As a result of Jaws, sharks “got a very bad name,” she says.

“You're more likely to fall over and kill yourself walking to the beach than walking into the water than meeting the shark.

“The other thing I want to say is you go into the ocean, you are a visitor in an alien environment, you make that decision, the shark doesn't decide to come up on land and bite you. He stays right out of your part of this planet.”

Valerie and Ron used to rescue great white sharks they found trapped in nets. She says one was so entangled they swam with it to shallower water so that they could set it free.

“This is what I believe; the shark knew what we were doing. It stayed calm, it stayed passive. We had been asked to take the temperature of a shark if we ever had the chance and been sent from a Dr Gruber in America a giant thermometer to do this with and told how to do it. So, we took the shark’s temperature, which was warm. It wasn't cold-blooded, it was warm-blooded.

“Once we untangled it, we're in shallow water, we're holding the shark. I could feel the muscles in its body starting to swim, and we let it go. And she slowly swam out to sea and she swam in a big circle and she came back to where we were. Then she swam away.”