Auckland City has it's fair share of landmarks, the Sky Tower, the crater at Maungawhau or the Harbour Bridge for example  but one icon has been flying under the radar lately, despite it's visibility out in the Waitematā.

It's the Bean Rock Lighthouse, and this weekend, New Zealand Maritime Museum Hui Te Ananui a Tangaroa is celebrating it's 150th birthday. 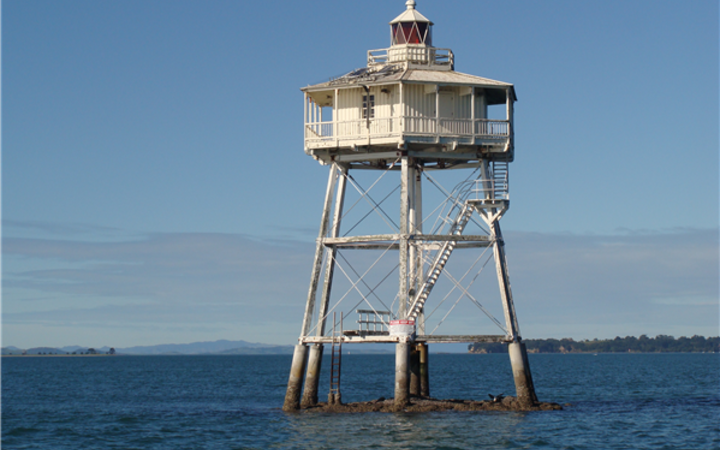