The Pentagon recently released a report on UFOs, reigniting the interest in the possibilities of extra-terrestrial life. Space physicist Craig Rodger spoke to Jesse Mulligan about its findings and whether aliens really could exist. 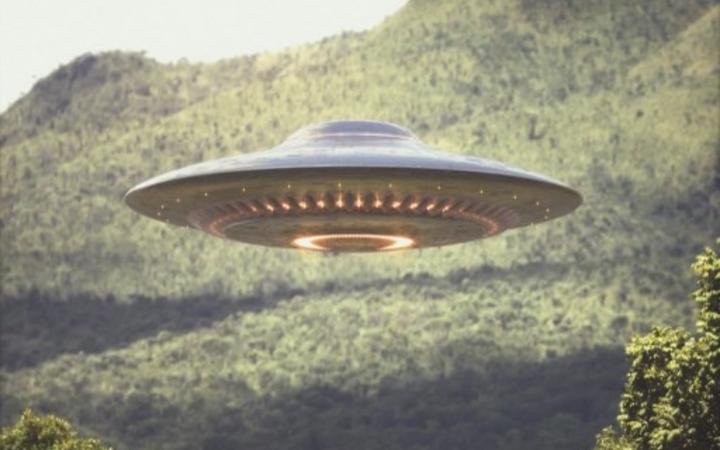 As a scientist, Rodger says he wants to believe in things out there in the universe but has a healthy skepticism requiring him to be convinced of his belief.

“Fundamentally, the idea that there might be intelligent life out there strikes me as being completely reasonable given the scale and size of the universe,” he says. “And then the issue is are they visiting us, taking pictures and coming down having picnics, that’s where I would need quite high levels of evidence.”

Rodger read lots of science fiction as a child and while UFOs aren’t his expertise area, he knows “some stuff about space. And I look up”.

So, did the Pentagon report reveal previously hidden secrets of UFOs and alien life?

“There was no smoking gun saying, ‘we have discovered aliens and we’ve got them locked in our basement’, but at the same time they, and when I say they I mean parts of the US military, have credible reports of things that they cannot explain at this time,” says Rodger.

The report includes a little bit of hard detail “and then a lot of just general words”, he says.

“The last classification is ‘other’ which I think might mean aliens. That’s not un-interesting but it’s a bit of a grab bag for we just don’t know.”

One section of the report talks about things that may be atmospheric but that we don’t understand the physics of, he says.

“Stuff happens and we can’t always explain all of it immediately, sometimes things happen, and it opens up a new area of science to us and we’ve just never noticed it before.”

Rodger hopes it will open up new areas of physics.

“I totally believe there are things that are in the sky that I can’t identify.”

Rodgers had his own moment of amazement earlier this year while taking pictures of stars over Mt Aoraki. “And then suddenly this line of fast-moving stars came over the horizon and it just blew my mind to see it and eventually I worked out it was one of those star trains, Star Link.

"When you look up you see things and you can’t always explain them. If I got to the point to say well that is truly unidentified, I would not be upset about that because I’m a professional scientist, there are a whole lot of things that happen in my life which I can’t actually explain.”

What does he believe about aliens?

Rodger says fundamentally, it is possible that there are civilisations out there who communicate using technology that is beyond us and we just don’t know how to look for them, or they are trying not to talk to us.

But discovering intelligent life is a small part of the wider game of space science, he says.

“A much larger and more accepted question is around life, not necessarily intelligent life but just life.”