Swimming in the wild becoming a 'thing' of the past

It's a sign of the times that these days we have to check whether an awa, roto, or moana is "swimmable" before taking a dip.

Ingrid Horrocks has just published a piece for The Guardian about her memories of swimming in the wild and fears over water degradation.

In her new book, Where We Swim, she considers her relationship with water and with the world around her. 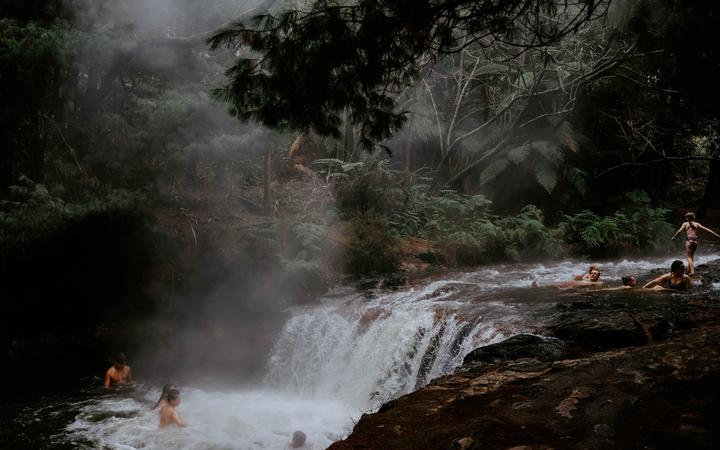 Growing up just north of Masterton, in the foothills Horrocks spent her childhood summers in the local swimming hole.

She'd learned to swim in the river, in the Wairarapa and in Auckland.

Now days wherever she goes, she swims.

“As a New Zealander in particular, you arrive in a new place and if it’s hot, you want to go to the sea.”

Hearing about the state of our waters Horrocks took off on a journey, swimming in as many places as she could between Wellington and Auckland.

There’s something incredibly humbling and wondrous about being a body immersed in ocean, she says.

“I had this sense that if we could feel how our bodies are connected to this Earth then we have a much stronger sense than [just reading about it].”

It’s easy for us not to pay attention to statistics, she says.

“It’s actually very hard for humans to deal with these big numbers and big concepts and I think we need new ways of imagining why they actually matter, and we need ways of connecting them to our everyday lives.”

In Where We Swim, Horrocks discusses the word swimmable.

“It’s a very abstract term swimmable. I kind of wanted to get past that and not just happily categorise different places as swimmable or unswimmable and to think about what we’re saying when we say that it’s too dangerous for a human body to be immersed in because usually that’s too dangerous for fish to live in, it’s not good for us to drink.”

Once a river becomes unswimmable, that’s a time for us to look after it, she says.