The two American design students behind Juul - the world's most popular vaping product - claimed it would help smokers quit cigarettes. But now a new generation is hooked on e-cigarettes.

Bloomberg journalist Lauren Etter shows how greed fueled the vaping craze and why lessons from Big Tobacco were ignored in her new book The Devil's Playbook: Big Tobacco, Juul, and the Addiction of a New Generation. 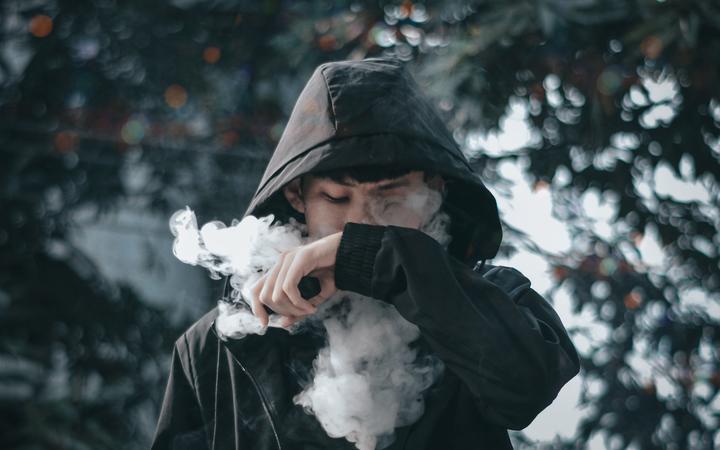 “They were out back smoking a cigarette and they looked at one another and thought why hasn’t anybody innovated this product, a product that is essentially shredded tobacco [and] paper that’s lit on fire and you inhale into your lungs?”

From their thesis product, Juul was born.

“Everybody knows now that cigarettes kill, they’re one of the leading causes of preventable death in the United States, so I think that they thought that this was a product that is so silly people continue to use it even though they know it kills them and what if there was a way to create the cigarette-like experience... in a way that wasn’t as deadly as smoking a cigarette.”

While Bowen and Monsees were anti-smoking themselves, they foresaw a very large market for Juul, she says.

“The tobacco industry had been trying to innovate the cigarette for decades, they had spent millions if not billions of dollars on trying to devise a ‘safer cigarette’ as they would call it. They had introduced some products over the decades that were much less than successful - they were, in fact, product disasters.”

If cigarettes were going to continue to sell regardless, there wasn’t much of an incentive for big tobacco to continue attempting to innovate the existing product, Etter says.

Bowen and Monsees were a pair of scrappy newcomers who found themselves becoming the leading producer of the e-cigarette.

Like any Silicon Valley startup that hopes to do well, Juul had a well-packaged mythology, Etter says.

New tobacco regulations in the United States came into force in 2009 but when e-cigarettes hit the market in 2012, they weren’t regulated as a tobacco product.

“They were essentially in this grey zone, in this netherworld in the regulatory realm where they were able to sell their product really without any regulations whatsoever.”

The problem was, Etter says, teenage tobacco smoking rates had gone down from a high of almost 40 percent in the 1990s to 10 percent in around 2015.

When teen e-cigarette usage started shooting up, it set off alarm bells among public health advocates.

“[Bowen and Monsees] had no qualms about developing a product that was highly addictive, in fact when Juul launched, it had the highest nicotine content of any e-cigarette on the market. They really just didn’t have a full and complete understanding of just how controversial this product was or would be.”

“The challenge here is Juul will say they were trying to develop a product for adult smokers and that they wanted to make it appealing to that subset.

“Unfortunately, when you’re trying to make a product that’s cool and you treat it like a gadget or a fashion accessory...it creates a perception that this is also a product that is cool for teenagers.”

Etter says the FDA is currently seeking to lower the amount of nicotine in traditional cigarettes to make them not addictive or at least minimally addictive.

“What it’s going to mean is that cigarette users are going to switch...to other nicotine products like Juul and so it could be a great boon for the company when cigarette smokers can no longer get their nicotine from traditional cigarettes.”

“I see this as the tobacco industry shifting to more of a nicotine industry.”