Chasing The Thrill - a look at a real life treasure hunt

Forrest Fenn was a fighter pilot turned art dealer who had spent his entire career hunting down art treasures.

When he was diagnosed with cancer he thought his treasure hunting days were over, so he hid a chest full of gold coins and jewels, worth at least $1 million for other thrill seekers to seek.

It took more than a decade for someone to find the treasure, and five people died trying.

Former Wall Street Journal reporter Daniel Barbarisi joined the hunt and lived to tell the tale in his new book Chasing the Thrill: Obsession, Death and Glory in America's Most Extraordinary Treasure Hunt. 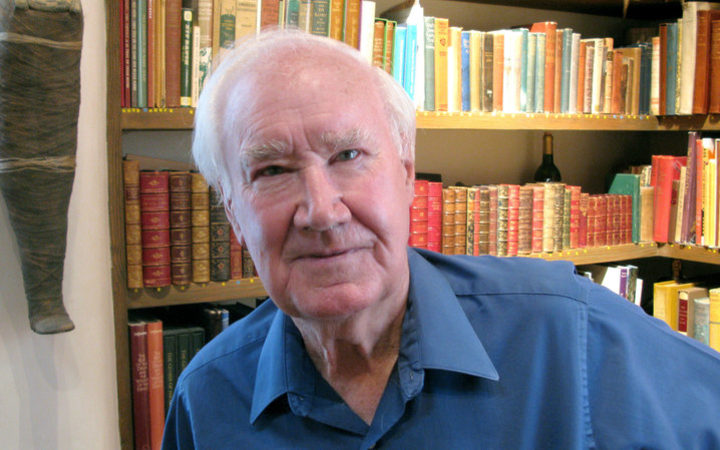 As a young man, Fenn was willing to go anywhere and do anything, Barbarisi told Jesse Mulligan.

An explorer with a love of history, when he served in the military in Europe Fenn would take his fighter jet out over the ruins in North Africa to seek old Roman artifacts.

“Adventure was something I think he cared about and craved and wanted to foster in others,” Barbarisi says.

It was when he was diagnosed with cancer in 1988, that Fenn came up with the idea to leave a chest of treasure hidden for a true adventurer to find. Having survived the cancer, it took him another twenty years to put his plan into fruition.

A chest filled with treasure may conjure up images of a pirate’s booty at the bottom of the ocean, but Barbarisi says the reality was far from it.

“Even though it was a very impressive Romanesque bronze chest, almost a thousand years old, it’s not that teaming horde of treasure that I think can be in our minds sometimes.

“At the same this was a real treasure chest and in it was hundreds of gold coins, numerous gold nuggets, items that Fenn had encountered during his art dealer career...the treasure chest was not intended to be maximised value, but it was items to him that were the most interesting in some ways.” 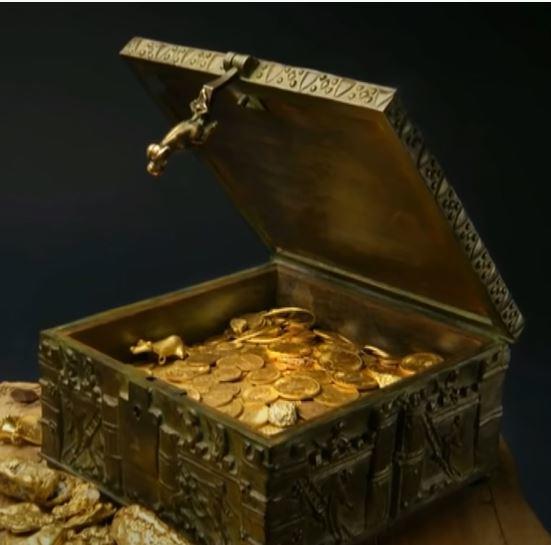 Barbarasi says there were Chinese Jade faces, pre-Columbian mirrors, golden frogs, nose rings and a golden dragon bracelet with emeralds, rubies and diamonds in it.

To find the treasure, you had to decode a poem.

“I don’t think anyone would say Forrest Fenn was a great poet, but he was trying to craft something of a treasure map in a poem and that’s an interesting thing to do.

“I spent of a number of years diving into this thing, as a journalist and participant, to really tell the story, trying to understand this thing. You can go a little crazy yourself to try and decipher all the millions of...meanings there could be to these things.

“The poem itself sticks in my mind in so many ways but the things that I came up with, that my search partner came up with and certainly that the many people I talk to came up with, are kind of fascinating because the mind works in so many different ways when it comes to this guy’s words.”

For most people, the search for hidden treasure was more about the quest than the loot inside the chest, people are seeking the moment of discovery and revelation, he says.

For some, mistakes cost them their lives. The five that died while searching for the treasure either fell to their deaths, drowned or were too exposed to the elements.

“People unfortunately go too far in pursuit of this because you can start to believe that you’re so close and you just have to do this one more thing so you can justify risks to yourself,” he says.

“I was born in 1979 and what it made me think of first was the movie The Goonies, from the 80s...everybody has a frame of reference like that, whether it’s Treasure Island or Raiders of the Lost Ark, King Solomon’s Mines. Whatever it is, it brings you back to that feeling of being a kid and believing in something, of thinking there’s something greater than yourself out there to quest for and discover.

“I was kind of playing at being a treasure hunter and I certainly got a little obsessed with it, but I never felt very good about any of my “solves”, which is what you call it in the community, your solution...I was a pretty lousy treasure hunter.”