Ben Wallace-Wells on the politics of Peter Thiel

New Zealand citizen and tech billionaire Peter Thiel is known as an early investor in companies such as Facebook and founder of PayPal. 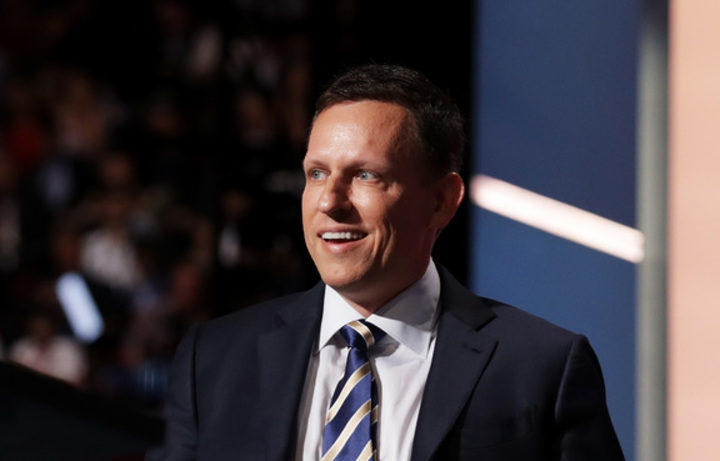 The Senate races could determine which party has control of US Senate and what the post-Trump Republican party will look like.

New Yorker magazine writer Ben Wallace-Wells considers the influence of the Pay Pal founder in his recent article ‘The Rise of the Thielists - Has the Republican Party Found its post Trump Ideology?’

The post-Trump Republican Party is “upside down,” Wallace-Wells says.

“One of the things that's been striking to me about the past six months are how many of what we thought of as cardinal, central, conservative commitments are now being sort of avoided or inverted by plenty of up and coming Republicans.”

There is an emerging anti-corporate flavour to prominent young American conservatives, he says.

“There's a willingness to denounce American business, American corporations, as you know, socially progressive, as woke in a way that is adversarial.

“In starting to make my way through that I noticed, of course, that Thiel had put a lot of money into the campaigns of these young, conservative politicians.”

“There's this kind of interesting turn in libertarianism around Thiel where Washington libertarians are focused on an anti-governmental program. Thiel is more thoroughgoing than that … I think there really is sort of an antagonism to large institutions of all kinds, which includes large for-profit institutions. That more extreme break things and grow and get bigger kind of approach to capitalism.”

The American right is in a state of “nervous incoherence”, Wallace-Wells says.

“Well, I think they're nervous that they're going to keep losing.

“But younger voters, voters who are not white, both of which are obviously growing parts of the electorate, tend to reject Republicans.”

The incoherence comes out of the Trump experience, he says.

“And because Trump was so idiosyncratic, and so gut level and reactive in his politics, I think the incoherence is which elements of that Trumpy mix are going to actually be part of the Republican Party moving forward, and which ones are going to be set aside?”

The ideological soul of the Republican Party is still very much “up for grabs,” he says, and Thiel has the resources to influence the direction the party takes.

“I think his big contribution, and I think at some level it's been a success, is that he's the man who taught the Republican Party that the future they expected wasn't coming.”

He has been able to do that because he has such authority when it comes to predicting the technological future, Wallace-Wells says.

“I think he's the guy who taught the Republican Party that the bright future might not be coming.”

Vance made his name through his book Hillbilly Elegy which describes his upbringing in poor rural Ohio. He is also a successful venture capitalist and Thiel has invested in his funds.

Vance is running in Ohio and although unlikely to win he is a future star of the American right, Wallace-Wells says.

Blake Masters has built his career on the back of Thiel, he says, working for him in various capacities.

“He's been given $10 million of Thiel’s money to go and run for Senate in Arizona.”

As to Thiel’s endgame, that’s difficult to predict, he says.

“I think what he's been talking about much more recently has been a harder confrontation with China and a more aggressive eye on the US relationship with China.

“And a more hawkish approach to how we deal with the weird situation that we’re at once at cold war with the power that we are economically deeply entangled with.”