Brokenwood Mysteries back for a seventh season

The New Zealand made television series Brokenwood Mysteries has been described as this country's answer to Midsomer Murders.

It airs internationally in Australia, Italy, France, Denmark and the United States, and the seventh season of the series is launching on TVNZ 1 this Sunday. 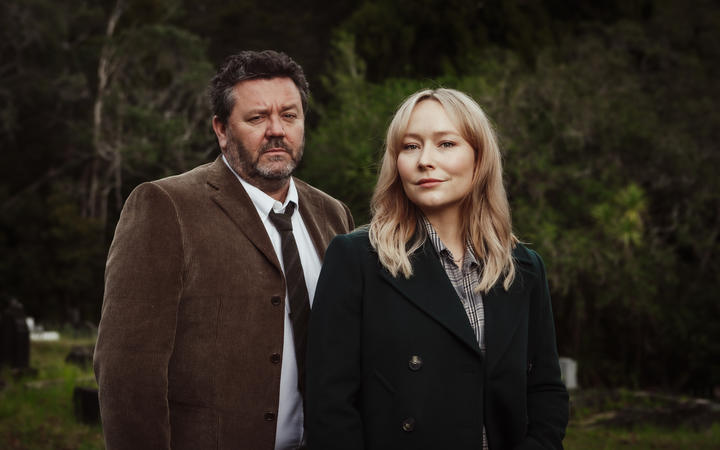 The show has had huge international success, and is probably better known overseas than here in new Zealand, its creator Tim Balme, told Afternoons.

It was watched by millions of people in France from the get go, he says.

“It went nuts in there. It was from day one, it was the was the second highest rating show on primetime there. Three and a half million French people tune in every week to Brokenwood from day one, and I don't even when you asked me is that was it intentional “

“Each week Detective Senior Sergeant Mike Shepherd and his team solve a murder, and they’re usually fairly curious and unusual and a little bit quirky, in the small town of Brokenwood which a fictional New Zealand town, fortunately, but it's a town that's very familiar I think to most New Zealanders.”

Balme says he had no expectation the show would “jump the gate” to international audiences.

“Honestly, it's in Germany, Italy, through the Scandi countries, North America, It's even popping up in Africa. I mean don't ask me to explain that.

“I've been deeply committed to the show for seven or eight years now. And it came from the fact that I wanted to create a show that people like us will enjoy. And then the fact that it's had such a wide catchment is just a bonus.”

The programme was almost never made at all, he says.

“I was working as the head of development at South Pacific pictures, which is the company that makes Brokenwood.

“And we were actually charged with making a show for Australia. Okay, weirdly enough.

So, we developed, myself and a few others, developed the show that was going to go into Australia. But the way things panned out it didn't happen.”

The project ended up in the bottom drawers, he says. At the time no one was interested in crime procedurals.

“Because we were coming off the back of a real golden age of comedy drama, Outrageous Fortune, Nothing Trivial and Almighty Johnsons …Procedurals, murder mysteries, cop shows that sort of thing. It was like that's like saying a bad, bad four-letter word!”

But then Prime TV came along, he says.

“And said we want a procedural or we want to murder mystery and the way it transpired was like, wow, here's one we prepared earlier.”

PrIme TV was a good home for the show for many years, he says, and the network was supportive but had to let it go for money reasons.

But the move to TVNZ means it could reach a bigger domestic audience, he says.

“TVNZ we're welcoming to it because they're going well we know it works, and we know people like it and there's a high chance that a lot more people will get to see it because it's on TV 1 and that's a positive thing for everybody.”