How to understand your dog

Selina McIntyre spends her days getting to know other people’s dogs.

A dog behaviour expert, she teaches people how to communicate better with their dogs to find out everything from whether or not they really do want to go for a walk to why they think your new shoes are a chew toy.

“I have to get to the root of the problem,” McIntyre told Jesse Mulligan.

After years of working with dogs, she's come to understand the canine vernacular. 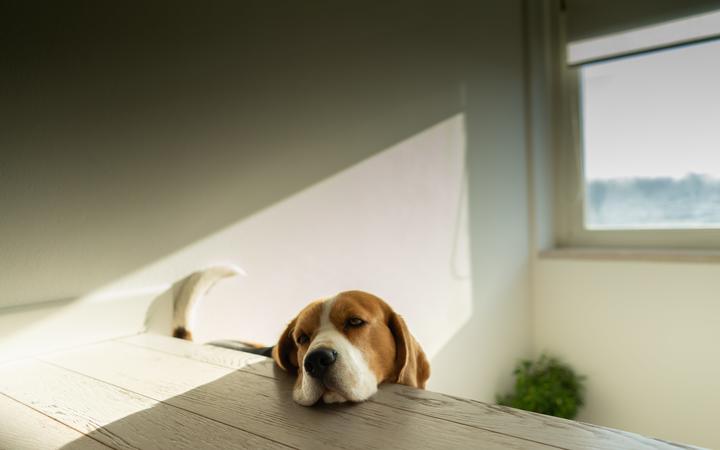 Dogs understand more about us than we give them credit for, McIntyre says.

“I think that they’re far better at reading body language and we underestimate them and that’s to our and their detriment.”

In fact, she says, dogs pick up your emotions from the tone in your voice when you give a command.

McIntyre says raising dogs in some ways is like raising children – setting boundaries and being consistent in implementing them.

But that doesn’t mean treat your dog like a baby.

“It basically comes down to a social elevation where you have a dog and fundamentally, they are a dog, but you treat them more in that adoring way where you’re socially elevating them by doing some actions around the home like having them in your bed and cuddling up with you - that physical elevation directly equals social elevation.”

As part of that, she says, you should keep your dog off the couch and instead get them their own bed – it’s a clear illustration that the height you have from sitting on the couch gives you a higher ranking.

“I do agree dogs are good to snuggle but just from a different height.”

It’s important not to fuss over your dog when you get home - it’s paying homage to your dog and can lend itself to problems in your social dynamic, she says.

“If you come home and you’re acting like your dog is the most important creature in the home, we’ve found it tends to elevate them socially. We’re not wanting that sort of dynamic; we’re wanting a bit more of a balanced situation.”

If you’re one to pat your dog on the head, McIntyre says you should stop doing that too, and you should pat them on their neck and shoulders- the naturally dominant areas. 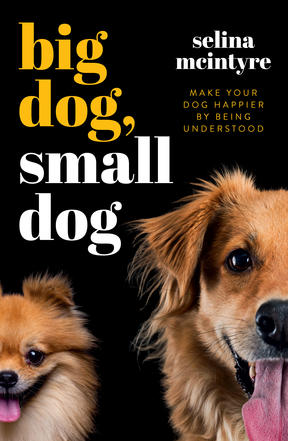 “What we’re trying to do is create some clarity, you don’t want to go up and pat on the head from the perspective of that can be quite a threatening area and that’s closer to teeth.

“When you have two dogs interacting and one is lower ranking than the other, they’ll go underneath and for the chin, but the higher-ranking dog will stretch their neck out and lean over that neck and shoulder area as an assertion of their higher rank."

As for behaviour like chewing, while it might be an issue for you, and your shoes, it’s not a problem behaviour, McIntyre says.

“We know that chewing is chemically rewarding, dogs get on a bit of a high when they chew.”

Because it’s a positive thing for dogs, the way to deal with it is to redirect that behaviour, she says. If you’re not home to do that, she says keeping them in a safe zone with several things for your dog to chew is a good option.

“It’s about redirection, you can growl at the time if you catch your dog in the act of chewing something but not if you come home and find it because the consequence for a dog is not linked to their actions so you could growl and then quickly redirect to a really positive chew toy.”