Some of New Zealand's best musicians are throwing their names in a hat for the fundraising event Aotearoa Rock Lottery on 19 June.

Organiser Fen Ikner (from the band Lips) and participating musician Fiona Campbell (from the band Guardian Singles) tell Jesse Mulligan how it will work. 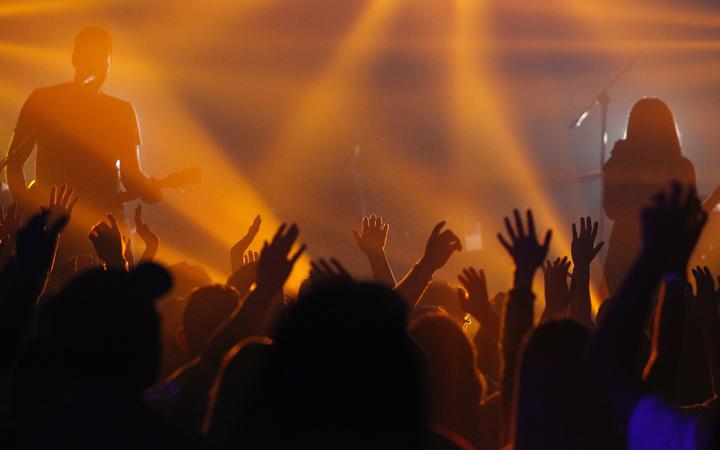 Fen - who worked on rock lotteries while living in Tucson, Arizona - is assembling 25 individual Kiwi musicians for the event, including 5 drummers.

On the morning of 19 June, each drummer will pick four other musician's names out of a hat, thus creating a band.

This newly formed band will be given that day to write and rehearse a 20-minute set (including two-to-four originals and a cover) which they'll perform in front of a live audience at Auckland's Whammy Bar later that night.

The idea of a rock lottery is to keep music-making simple, fun and experimental, Fen says.

Musicians: as of 2 June, Fen is still looking for one more drummer and one more "whatever" to play the event.

Rock drummer Fiona - who also attended rock lotteries while living in the States - sees them as a way for musicians to extend themselves, not unlike an adult version of Portland's Rock and Roll Camp for Girls.

"When you're in a band for so long you can get really precious about what music means and presenting it to people."

She admits to being both "slightly terrified" and "super excited" about the idea of being teamed up with a jazz musician.

The Aotearoa Rock Lottery is produced with support from APRA to benefit the Kiwi charity MusicHelps.

The current list of musicians performing at Aotearoa Rock Lottery (subject to change):