Being part of the 80s 'brat pack', Andrew McCarthy's memoir

Actor Andrew McCarthy the star of 80s classics such as St Elmo's Fire, Pretty In Pink and Weekend at Bernie's was part of a group of young actors labelled the Brat Pack.

Associated with contemporaries at the time including Demi Moore, Molly Ringwald, Rob Lowe and Emilio Estevez, McCarthy was an introvert who battled an alcohol addiction and had a complicated relationship with fame. 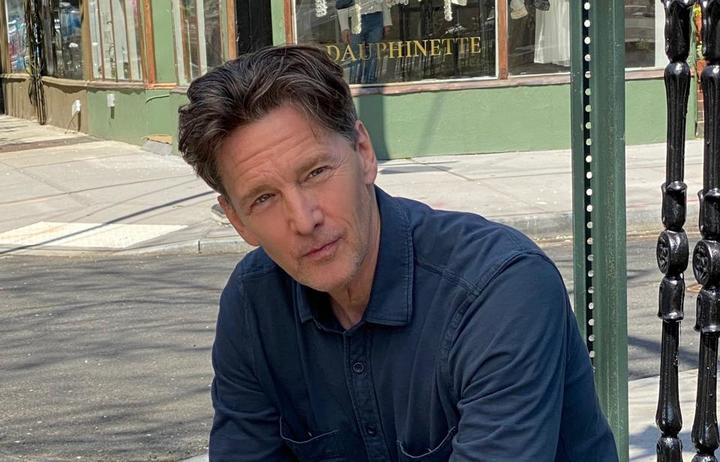 After 30 years, in which he’s forged a career as a travel writer and director, he's come to accept his place in 80s pop culture and has written about it in Brat: An '80s Story.

It took that distance of time for him to be able to write about it with and clarity, he told Jesse Mulligan.

“It took me a long time to get some distance from it and see what was under that rock, you know, because I just never really looked at it.

“People over the years had sort of asked me about it and I gave a stock answer of a story or two, but I never really looked at it as the time in my life that changed who I would become.”

The films that made his name chimed with a generation entering adulthood in the 1980s, McCarthy says.

“Those movies were about young people who are just coming into their own and cusping in their life, their life was a blank canvas to be painted on. And that's the most thrilling, exciting time in life.”

By nature an introvert, he was nevertheless drawn to acting, he says.

“The first time I ever walked on stage when I was a teenager in high school, you know, I just had that sensation of oh my God there I am. I just felt completed in a way that I hadn't before.

“And I felt seen - not necessarily by others - but by myself. I just felt like I’d located myself and I just knew that what I was going to do.”

Many actors are introverts, he says

His career took off early and a great deal of luck was involved, he says.

‘I was certainly in the right place at the right time, with the generation of people, of actors, when those kinds of movies were being made, and was able to just find my niche in that.

“And was their luck? There were massive amounts of luck involved in that. And the ability that I had was to be able to recognise that luck and leap at it.”

His breakthrough movie was Class, Jacqueline Bisset played his lover in the movie, and had to sign off on him.

“I did about eight or nine auditions and finally I got the part and then they said well you don't quite have the part, you have to fly out to Los Angeles and be approved of by Jacqueline Bisset. I was to play her young lover in the movie.

“So, I was flown out to Los Angeles for the first time and I was driven up to Jacqui's house in the hills of Beverly Hills and you know knocked on the door and Alexander Gudunov was her Russian ballet star live in boyfriend at the time - he was probably as gorgeous as she was and they were the most beautiful couple on the planet.

“I sat down and Jacqui walked in and I said something silly or whatever and she said, ‘Oh he's cheeky I like him. He'll do’”.

After filming Class he still was without agent or any offers of work, he says, and Bisset took him in at her L.A. home.

“She used to drive me to some of my early auditions in her convertible and wait outside for me. It was a crazy, heady time. I should have quit showbusiness right then.” 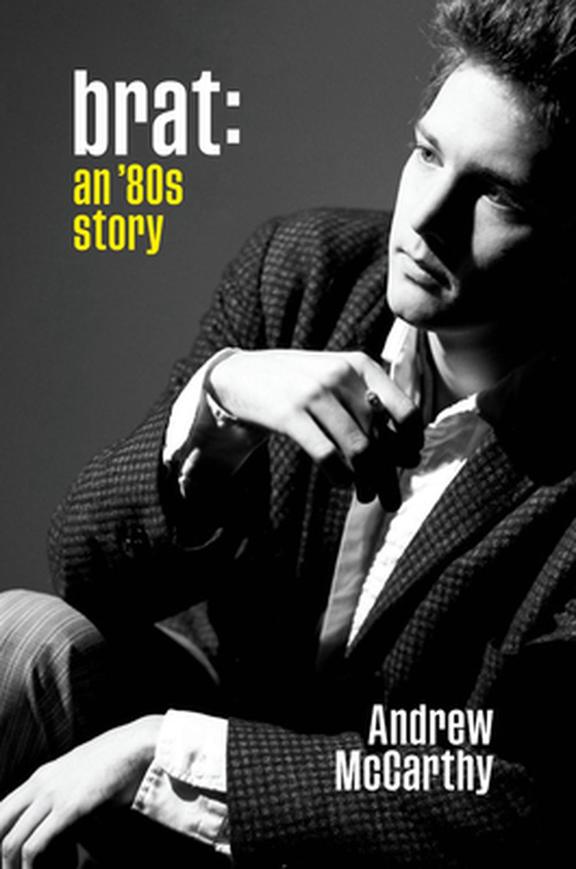 His career started to take off and then New York magazine printed its famous ‘Hollywood Brat Pack’ cover with Judd Nelson, Rob Lowe and Emilio Estevez

“The magazine article was intended to be this kind of small feature on Emilio for a film coming out and he made a tactical error invited the reporter along to have some drinks with him and Judd and Rob.

“They went to a bar, to the Hard Rock Café, and started behaving the way young guys who were drinking and kind of well-known do.”

The writer turned it into a scathing piece, he says, in which he found himself embroiled even though he wasn’t on the cover.

“I hated the term, I recoiled from it at the beginning, I found it pejorative and negative and putting you in a box and the last thing you want as an actor is to be put in a box.”

But the public didn’t see as a negative, he says.

“What I didn't understand at the time was the public generally didn't respond that way, the public just thought of it as our Brat Pack, which is like the ultimate in gang and we were part of that, and they wanted to be part of that too and it had been treated always with some sort of affection.”

He now accepts it as a moment in time, he says.

“I'm this avatar of that moment and I've come to realise it’s a beautiful gift, you know?”

McCarthy scored the lead male role in the film Pretty in Pink against type, he says. He was given a “courtesy audition” because of his success in St Elmo’s Fire.

“They weren't interested in seeing me on this because it was written for a sort of a square-jawed, American football quarterback type, you know, a real jock.”

When he shows for the audition the female lead, Molly Ringwald, is reading with the actors.

“Molly was there and she read with me and [director] John Hughes could not have cared less and when I finished they just say thank you and I went okay and I wandered out thinking to hell with those people, and then when I walk out the room, Molly apparently turned to John Hughes and said, that's the guy.

“And John Hughes says ‘who that wimpy guy? Are you kidding me?

“And from that moment on he was behind me completely, but it was entirely Molly Ringwald who made that happen.

“So, I sort of owe my life in a certain way, the way my life has evolved to Molly.”

You can learn to acting but you can't learn how to deal with fame at such a young age, he says.

“I've often said I wouldn't wish fame on anyone under 30. And I mean that because when you’re 20s you're trying to figure out who the hell you are and so fame alters people on a cellular level.

“I've heard people kind of glibly say whatever age you became famous is the age at which you stop developing, I think that's true, as far as it goes. But I think it's as if when you're small child you think you’re the centre of the universe, and then you start to go out into the world and you realise that your mom was kind of wrong, and you're not the centre of the universe.”

And then fame tells you different, he says.

“And so that's not necessarily the best way to become the most well-adjusted, empathetic, kind, unselfish person. And you have to be really diligent with that.”

His alcoholism did not stem from the pressures of fame, he says.

“I drank because I had an affinity and a taste for alcohol. And I drank better vodka because I was in the movies, but I would have drunk the same had I not been in the movies. And you know, it certainly affected my career adversely, as things got worse.”

He says reinventing himself as a travel writer saved him.

“As New Zealanders know you guys are great travellers of the world, you go out there at a young age and sort of take that year and go around the world and just keep going. And in America we don't do that very much and it's a real mistake.

“It's one of the great gifts you can give yourself travel and traveling far from home and often traveling alone too, I think that's a great gift.”

And when I started directing later, it was the same kind of thing.”

The career change led to a creative reinvigoration, he says.