Anxiety is a habit and won't just go away with breathing exercises, psychiatrist and professor Dr Judson Brewer says.

He treats anxiety as if it were a habit and offers advice about how to recognise and replace intrusive thoughts in his new book, Unwinding Anxiety: New Science Shows How to Break the Cycles of Worry and Fear to Heal Your Mind.

He had a kind of lightbulb moment, he told Jesse Mulligan, when a patient who was over eating realised that anxiety was in fact triggering this behaviour. 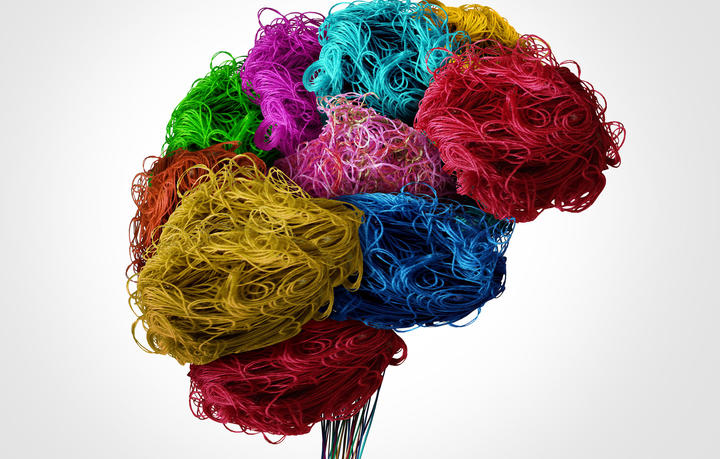 “Now as a psychiatrist I was thinking well I prescribed medications for anxiety I'm not sure what I can do here. But it put a bug in my ear to go back and look at the literature, to see if I had slept through some medical school lecture or missed something in residency.

“And it turns out that back in the 80s, way before I was in medical school, people had suggested that anxiety can be driven like any other habit. And when I read that it literally was a lightbulb moment for me because I never thought about anxiety as a habit.”

He realised he knew a bit about how to change habits, so could perhaps use this knowledge to help people with anxiety.

“So, we started developing app-based mindfulness programs and testing them to see how well we could approach anxiety through the lens of habit change.”

Anxiety doesn't just come out of the blue, he says.

“You can think of anxiety as this feeling of nervousness or worry or unease about an imminent event or something with an uncertain outcome. So sometimes it can be triggered simply by a thought, where we are thinking about something in the future. And we're not sure how it's going to go. And we don't have enough information for our brain to kind of simulate what might happen.

"And so, we start spinning out into all of these ‘oh no!’ scenarios.”

It is a function of our pre-frontal cortex, he says, which is helpful but can struggle in the modern world.

“It's better to have a pre-frontal cortex than not to, because it takes past scenarios and simulates what's going to happen in the future based on that. So, in that sense yes it's helpful - it's helpful to be able to think and plan.

“The no part comes when we have too much information, you can think of trying to drink from a firehose. So certainly, information overload can send our brain spinning out of control into anxiety.

“And on top of that, in the modern day, we have a lot of misinformation. So not only is there often too much information to try to digest, but we also have to figure out what is accurate information and what isn't.  And our brains hate that, our brains really do not like not knowing and not being able to figure things out.”

There are three elements of behaviour needed to form any habit, he says - a trigger, a behaviour and a result.

“The way this process was set up was to help us remember where food is. Our ancient ancestors out on the savanna would see some food, there was the trigger, they would eat the food, that was the behaviour, and then their stomach would send this dopamine signal to their brain that says, remember what you ate and where you found it. “

Anxiety can be driven the same way, he says.

That feeds back to the next time we have a thought or an anxious thought that makes us worry even more, he says.

Breaking bad habits through willpower simply is doomed to failure, he says.

“Unfortunately, our brains don't work that way - willpower is more myth than muscle. 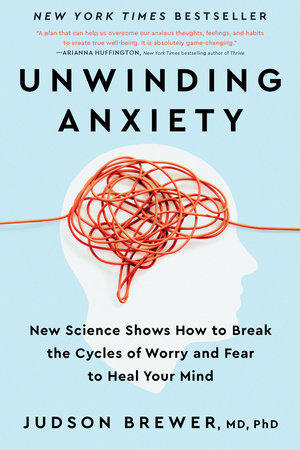 So how do we turn off intrusive thoughts? There is neuroscience to guide us, he says

“We now know, for example, with the white bear experiment, that trying to suppress thoughts is not helpful, it actually makes them stick around.

“And we also know that the only way to change any habit is to update the reward value of that behaviour. My lab has done a lot of work with smoking and with overeating and instead of telling people to stop smoking, or stop overeating, what we have them do is pay attention as they do that behaviour.”

His lab has conducted studies now which show it only takes 10 or 15 times of somebody paying attention as they overeat, or as they smoke for the reward value to get updated in their brain. 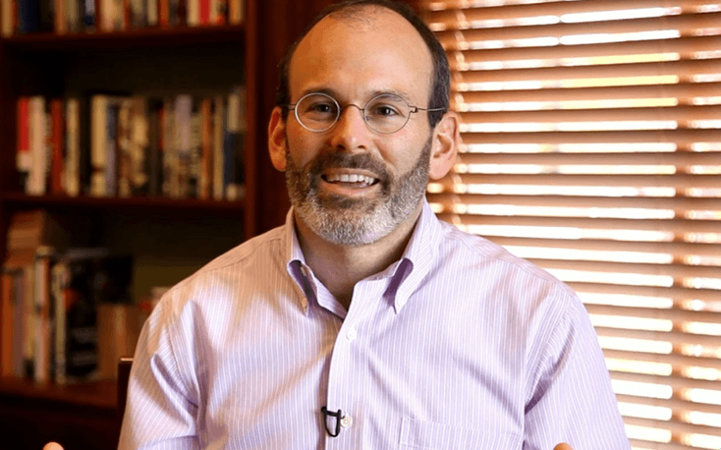 “They start to see overeating isn't really that rewarding, smoking a cigarette doesn't taste nearly as good as I remember.

“That updated reward value makes it much easier for someone to change the behaviour, because they become disenchanted experientially, they're like ‘wow I just can't pretend that cigarettes taste good anymore. I can't pretend that overeating feels good when I've really paid attention. That's really the key to changing any habit. And we can apply that to worrying as well.”

Paying attention while worrying involved analysing what is happening in the moment, Brewer says.

“When we start to worry, we can map out the habit loops around worrying, what triggers me to worry. When I worry, is it actually achieving the desired results? So typically, worrying has to do with you know, somebody not being safe, for example. So, we can ask ourselves if we have teenage children and they got their driver's license and they start driving for the first time, as they're out driving, probably having a great time we're sitting at home worrying.

“And we can ask ourselves, is my worrying keeping my child safe? I can promise you the answer is no.”

He has created an app-based mindfulness training programme based on this theory and it has shown to be effective, he says.

“When I prescribe a medication, there's a term in medicine called ‘number needed to treat’ which gives us a quick and dirty sense of how well a medication works. That number with the best medication for anxiety is 5.2 which means I need to treat just over five patients before one of them shows a significant benefit in symptoms.

“And then we could calculate that number needed to treat. So as compared to medications where that number is 5.2. With our app-based mindfulness training program - also called unwinding anxiety - that number was 1.6.”

Curiosity is our friend, he says.

You can learn more about your own habits here .