Foraging for food: A guide

Lunch can be all around you if you know where to look. Johanna Knox is a master in the art of foraging, when she goes for a walk in the bush, she sees all around her the makings of a nice salad or plants to help with skin care.

She explains how to spot the plants that are edible, useful or dangerous in her book, The Forager's Treasury: The essential guide to finding and using wild plants in Aotearoa. 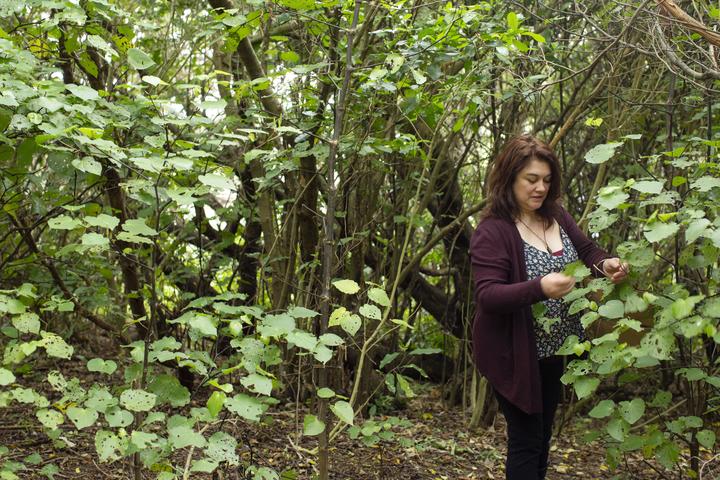 “Kids seem to be natural foragers, I certainly was when I was a kid and [when] I take people on foraging walks people start talking about their childhood experiences, the plants they used to find where they grew up, what they loved about them. All of these almost buried memories come out when people go foraging,” Knox tells Jesse Mulligan.

Foraging is an endless discovery, she says.

“I think that’s a really cool thing about foraging, every place, every location kind of has its own communities of wild plants that grow in their own ways."

Knox noticed that the beginning of the Covid-19 pandemic seemed to spark something in people and there were a lot more people suddenly interested in foraging and gathering their own food.

In fact, elderflower was one plant that people couldn’t seem to get enough of.

“Elderflower is really good as well, that will start flowering October, November and that makes a really good cordial which has also got anti-viral properties, same as the berries.”

The further up north you are the harder it will be to find but around Christchurch the trees grow rampantly, she says.

Dandelion is another one you can’t go too wrong with.

“If you gather them when they’re just newly opened, so not when they’ve started to get any of the fluff inside them, you can dip them in batter and make fritters out of them. The leaves are really nutritious, quite often wild plants are more nutrition dense and dandelion leaves are known to be, I guess people would say, a superfood.”

Dandelion roots can be made for coffee, scrub them clean, chop them up and oven roast them on a very low heat, Knox says.

People don’t often realise weeds are edible, she says, but in some ways, they deserve the bad reputation they have, they’re a massive problem displacing taonga species.

“You’ve got to be careful, you don't want to get into a mindset where you’re actually thinking about promoting their growth and you don’t want to spread them either.”

In New Zealand there’s a limited number of toxic plants to watch out for when foraging – it is possible to learn all of the worst ones. Knox would recommend looking up Hemlock and learning how to identify it to begin with.

“It does tend to look like other plants in its family such as wild carrot and parsley.”

Not much of a gardener, Knox says foraging is the extent of her producing her own food.

If you're keen to try out foraging and need a bit of inspiration, Knox’s Wild Weed Loaf recipe makes use of foraged greens and is dairy free, gluten free and vegan.