Dave Lowe has been charting the rise of atmospheric carbon dioxide for more than 50 years.

In the early 1970s, Lowe was posted at an atmospheric monitoring station at Baring Head. There he measured carbon in the atmosphere, collecting vital data towards what became one of the most important discoveries in modern science.

His career has been dedicated to sounding the alarm on climate change. And he's written all about his life and his career in new memoir called The Alarmist. 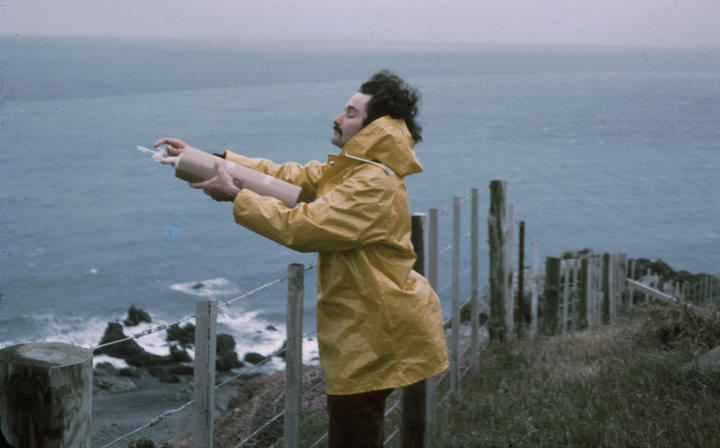 It was a very different time when he started, Lowe told Jesse Mulligan.

“I mean the words climate change, they didn't really exist. Global heating, global warming, none of that was around, I was very much on my own, the first person in New Zealand to make these measurements which showed the horrible truth that the southern hemisphere carbon dioxide was going up, just as it was in the Northern Hemisphere.”

Since then, he has been on an emotional roller coaster, he says.

“I guess everything from desperation to an overall sadness, that humans are actually doing this to our only atmosphere, it's a taonga, a treasure.

“And year after year, I would watch this. You would initially talk to people and it was just a kind of a joke, you're measuring the concentration of minuscule amounts of this gas in the atmosphere are you serious? That's going to cost a lot of money to do something about, we'd be better off spending the money on the roads.

“And then lots of other scientists started sounding the alarm, and along came the climate deniers and I was battling them. And then in the last five to 10 years we have had a huge change.”

Despite governments starting to wake up and treat the crisis with urgency, the situation worsens, Lowe says.

“But in the meantime, those emissions continue, out at Baring Head [in Wellington] where I started, the concentration of carbon dioxide continues to climb - it's horrible.”

Lowe initially planned to call his memoir Atmosphere, but his publishers suggested The Alarmist.

“My publisher came up with this title and first of all, it really shocked me, I didn't like it.

“But then you realise that actually, that is what I've become. I am an alarmist in the sense of sounding the alarm about a very real threat to the Earth's biosphere, to the Earth's atmosphere.”

Lowe’s career in science came from unlikely beginnings in New Plymouth, he says.

“I was a high school dropout at the age of 15. I couldn't handle it. I left knowing almost nothing and took a bum job at a telephone exchange run by the New Zealand Post Office.

“My job was to make cups of tea for the senior technicians and clean the grease off horrible, dirty parts. But it changed me. “

During that time he met a group of people who would change his life, he says.

“I met the first people ever to surf the Taranaki coast. And that's what I became, I became a surfer. And through that I discovered the environment.

“Surfing is an extraordinary way of feeling the atmosphere, the waves, how the environment works around you.”

Later an old school teacher suggested he read up on his new interest in the environment.

“A primary school teacher said look Dave you really want to read some books and go down to the New Plymouth Public Library. And I thought he was kidding, because at that stage, at the telephone exchange we just read comics and magazines.

“But I did, and I was amazed to find books on how waves are generated, science books, it just completely opened my eyes. And I guess I realised, hey this is what I really want to do.”

Lowe went back to school and studied for university entrance.

“First of all, I was at Victoria University. And then after working in California with the first person to make carbon dioxide measurements, I won a scholarship to do a doctorate at the University of Cologne.

“So, it's an amazing story. I've talked to a lot of New Zealand students, high school students. I'm just a Kiwi bloke, a Taranaki kid, I think this is in all of us.

“If you have your dreams, you can do anything. And that’s certainly been my experience.”

It’s been a career of many highlights - he worked on the Intergovernmental Panel on Climate Change for the UN he says.

“And that report went on to be part of the process of being awarded a Nobel Peace Prize.”

Now he wants to mentor the next generation of climate, he says.

“My real plan is to work with young people with the very talented and passionate high school students who are driving the school strike for climate change movement.”

If we make dramatic headway in cuts to emissions the worst possible future can be avoided, he says.

“If things go well and we managed to reduce our carbon emissions by a factor of 2 this decade, this is the critical decade where we really have to make progress, and then move to 2050 with net zero carbon, we will avoid the worst effects of dangerous climate change.”

He has witnessed caution and short termism from the political class, he says.

“I'd have to say right the way through my career, I've mixed with various politicians and it's sort of like walking through treacle.”

Short termism is baked into the political cycle, Lowe says.

“And so, it's difficult for an average politician to get to grips with something that you're going to have to make a huge investment in and will possibly go beyond your term government.”

The lack of urgency on tackling transport emissions, New Zealand’s fastest growing source of emissions, is one such example, he says.

“Eighteen months ago, there was a proposal put out to bring in a feebate, which would have encouraged the use of lower emission vehicles, not only electric vehicles, but petrol and diesel cars which have very low emissions, are very fuel efficient.

“And that was shot down on a political disagreement. It was such an obvious thing to do - what the economists call low hanging fruit.

“In the meantime, the current government has declared a climate emergency and they're moving the public sector to become less and less carbon intensive.

“That appears to be happening. So that that looks positive. But they have to keep going. There is now no time for delay - we must act now.”

The Alarmist is published by Victoria University Press and is available now in bookstores.