environment life and society
10 May 2021

The love of the simple life - Bob Wells

For more than 25 years Bob Wells has lived in a van. While economic hardship forced him into the lifestyle, life with few financial obligations keeps him on the road.

His life, and his story, feature in Oscar winning film Nomadland - in which Wells plays himself. 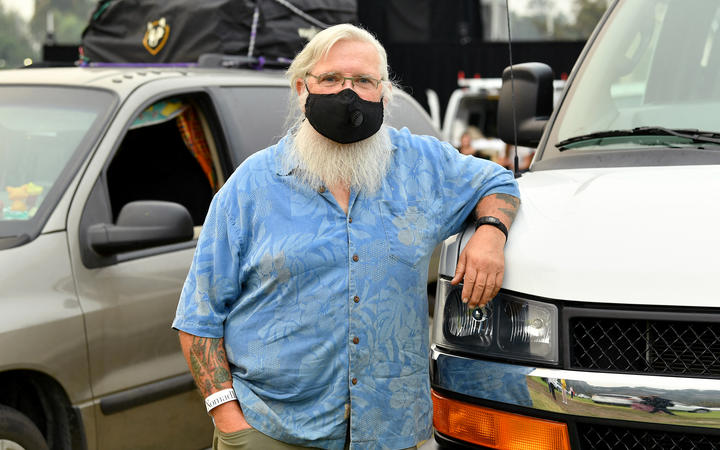 When Wells went through a divorce he found himself unable to financially support two households.

"I knew how to backpack and camp, I'd done that all my life, so I said 'Why don't I live in a rolling steel tent?' And I moved into a van."

Wells felt like he had failed and hit rock bottom. "American society has a laid out plan for all of its citizens and one of them is not living in a van or living in a vehicle of any kind. So, in our society that's pretty much considered a failure."

Nothing had really changed, he still went to work, paid his taxes and supported his ex-wife and kids but only now he wasn't walking into a house at the end of the day, he says.

Wells now believes he has a sense of freedom that living in a house can't provide. He spends all of his time in nature, something he says has been really healing and empowering.

"I hope to never ever live in a house again," he says.

"I make choices every day about what I will do and where I will go. I don't turn control of my life over to a landlord, there isn't a landlord that's going to come around every month and try to throw me out if I don't pay.

"Also I'm free of the power of consumerism - there's only so much room in my van."

As much as possible, everything Wells owns needs to be able to do multiple things - he even takes a bit of inspiration from Marie Kondo. "It either needs to be utilitarian and I need it or it has to bring me so much joy it's worth having."

Living closer to the Earth, he says, he's using solar energy and only a few gallons of water a day.

"I think I'm living better, even though it is slower at times and harder. There's a rightness to the way I live and a wrongness to the way the developed world lives. I think we know it, I think we look at our lives and know this is not the way humans are supposed to live and so there is a release in getting back to nature."

Wells has his own Youtube channel CheapRVliving where he gives advice, interviews other van dwellers and provides inspiration to his over 500,000 subscribers. Many of his older followers are living nomadically because they don't have enough money coming in, he says. But since 2008, he's noticed a lot of younger people have changed their lives, disillusioned by the promise of society and the 'American dream'.

If you live to 65, there's grief in your life, Wells says. Grief is part of the journey for those on the road.

"There's loss of all kinds, economic loss, grief over loss of loved ones and friends and I think that a lot of us find healing...because we start to reconnect to nature and nature is in and of itself, healing."

"I believe it's very very healing for most of us."