Residents in Ōtautahi are having their recycling bin privileges revoked if they don't follow the rules about what rubbish should be put in them, which contaminates the recycling plant.

The council has picked up 644 bins from the kerb-side since July last year. The offending parties had been given three warnings before having their bin removed. 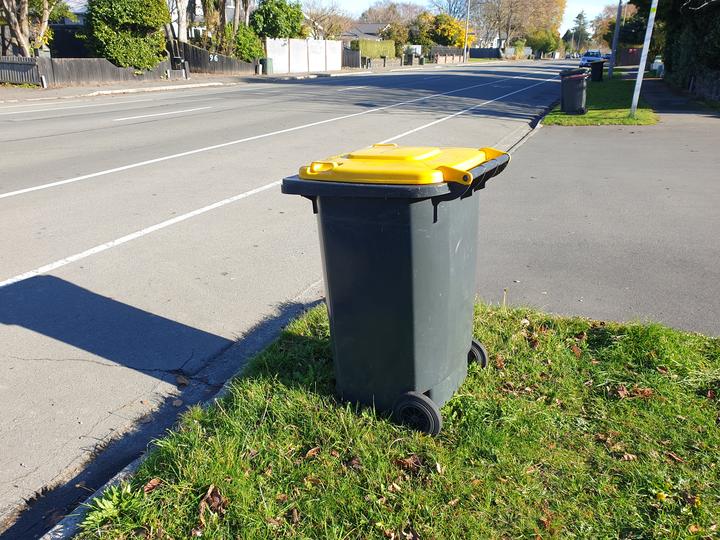 Is this the right way to go about improving recycling? Do we need a stick as well as a carrot?

Gina Dempster from Wastebusters in Wānaka has been grappling with improving recycling behaviour and says contamination of recycling is a significant problem.

Ceramics are a terrible contaminant in the glass reprocessing system, she says.”

“It actually creates flaws in the new bottles. It’s a real killer if you put a cup or a plate into a glass recycling system."

An other common contaminant in mixed recycling bins is soft plastics  - plastic wrappers or bags you get pasta in for example, she told Jesse Mulligan.

Another, she says, is people putting dirty containers into the recycling thinking it is just going to be magically washed at some late point down the line.

“Recycling systems are getting more and more sensitive to dirty products, so usually that will have to be pulled out and go to landfill.

“You don’t have to give it the epic wash, but just give it a rinse out.”

The problem is when you get lots and lots of contamination, she says.

People need to have faith in the system otherwise they are less likely to comply, Dempster says.

“If people think it is going to landfill they're just going to put anything in their bin, so that’s kind of the number one thing to do, you got to get people to know what goes in their bins and then you’ve got to get them to understand that what they do in their bin matters.

“A lot of people think there is a magic machine down the line that is going to take all this contamination out and that is not correct.”