Musicians in Kirikiriroa/Hamilton are calling on the council to provide more support for the music scene, including for younger musicians and artists.

Kat Waswo is a co-founder of the Grrrl Fest Kirikiriroa festival and a member of the newly-formed group FARK - For Arts Rising in Kirikiriroa.

Wasmo isn’t holding back from getting her voice heard and just recently entered council chambers to “have a rant” at councillors about not supporting creative arts enough in the city. 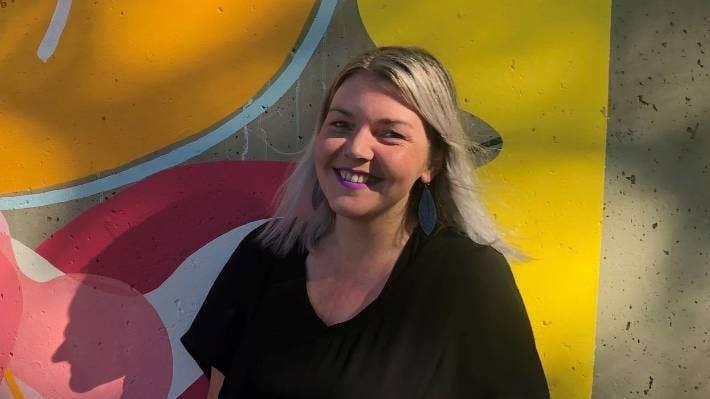 “I’ve spent most of my life here in Hamilton, I’m an ex-musician, and I’m just at that point in my career where I’ve figured out that if I want to stay here in Hamilton and grow my career, I’m never going to make stuff happen for myself and my peers. Otherwise, I’ve got to move away, and I don’t really want to move away.

“So, I basically just went in there and said that Hamilton City Council doesn’t do enough to help retain talented youth and that there’s still some major gaps in local funding that they provide to the community arts.”

She wants them to begin focussing on young artists and up-and-coming youths. Another issue is that musicians’ tours don’t reach Hamilton because there are so few suitable venues.

“Nivara Lounge is basically the only independent music venue in Hamilton. We don’t have any medium size venues… the music scene in Hamilton has suffered since the last global financial crisis in 2008.”

The venues that are still operating are now coming under threat by residential building and increasing noise complaints.

“It’s like that Kings Arms story. Apartments get built and venues get shut down.”

Waswo says Hamilton is the only major city in New Zealand that doesn’t have an arts strategy alongside their other strategies.

“Considering that Hamilton is on a huge brink of growth, now would be a really good time to set something up and keep it running for future generations.”

Her actions in confronting the council earned her an article in the Waikato Times which she says is “quite overwhelming”.

“I never wanted to be a leader of a potential movement, but I’m just keen to get stuff started because I’m tired of waiting around for the council to notice the value we add to this city.

“In starting FARK, the goal is to collectivise our creative community because there’s so many little pockets… we need to create some power with numbers.”