More than $3 billion worth of imports that could be linked to modern slavery are brought into this country each year, according to new research released by World Vision.

The organisation is calling on the Government to introduce a Modern Slavery Act. World Vision CEO Grant Bayldon joins Afternoons to discuss their methodology and call to action. 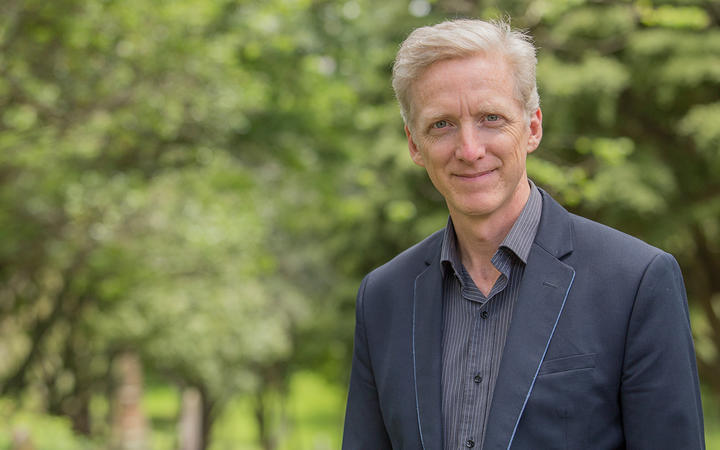 He explains that the report looks at ‘risky goods’ determined by the US Department of Labour’s analysis of where modern slavery is happening, what goods are involved, and whether these goods are being imported for sale in New Zealand.

“So, we’ve tagged imports of furniture from Vietnam, for example, as ‘risky goods’. That means we can’t really be sure what the levels of modern slavery are in those products and that’s why need an Act, that’s why we need more information.”

Bayldon says countries such as Australia, the UK, and many European nations are moving to put in place, or have already put in place, similar Acts that require companies to do basic due diligence.

“It requires them, first of all, to check who are making their products, to look through their supply chain and to make sure there aren’t any incidences of modern slavery, to disclose what they find, and then to do something about it.

“These are really basic checks that get past the ‘don’t ask don’t tell’ approach that we’ve got now, and they allow consumers to make informed decisions. The fact that we can’t nail it down to exactly the value and exactly the amount of products is all the more reason that we need disclosure.”

There are many large companies who are behind the move, particularly ones that are doing the right thing and checking their supply chains, he says.

“What that means is other companies that aren’t doing the right thing, aren’t being required to do that, means there’s not a level playing field at the moment and that’s what we need.”

The Act would also have implications for New Zealand domestically too. Just last year a Hastings man was convicted for slavery and trafficking within the country.

“It would affect people being trafficked into New Zealand, people being exploited and abused within New Zealand within the supply chains too. It would say to companies, no matter where your products are made, New Zealand or overseas, we still have an obligation to make sure that people aren’t being enslaved to make those products.”

He acknowledges that while it’s difficult to gauge the activities of manufactures, especially when different components come from different factories and areas, we should still make an effort instead of pretending it doesn’t exist.

“There are more people in slavery now than there were at the height of the transatlantic slave trade. We look back on that in horror and, really, it took combined action to solve that problem. I think we’ll look back on this problem one day and really not be able to believe that there was once a time when companies didn’t even have to ask what conditions the workers are in.”

At the top of the ‘risky goods’ list are garments, electronics, footwear, children’s toys. There are also issues with bananas from Ecuador and coffee and chocolate from certain areas.

“We need companies to check their supply chains and make that information available. At the moment, you can’t say that just because a banana is from Ecuador that there’s been people forced to work, but what you can say is that the banana industry in Ecuador is rife with modern slavery.

The country that presents the most risk of goods having been made with forced or child labour is China. Other countries high up on the list include Vietnam, Malaysia and Bangladesh.

“Probably, they’re no surprise. I think New Zealanders have suspected that this has been the case for a long time… this report really confirms that there is a major problem.”

While there are ethical options we can take as individuals, Bayldon says its very difficult for families to make sure that every thing in their house and everything they buy off a supermarket shelf has not been involved with forced labour.

He says they’ve taken their findings to and proposition to workplace relations minister Michael Wood who has said he will consider it.

“That’s positive, that’s great, but I believe that the time for considering is really rapidly coming to a close. We’ve known this is an issue for a long time. Other countries have acted, they already have laws in place. Really, it’s time for New Zealand to commit.

“We can work out the detail later, but New Zealand has often been a leader on these issues and now we’re coming to it pretty late.”