How to write a movie review

For many years Dominic Corry was an entertainment writer and movie critic living in LA.

He shares his tips on how to write a movie review, especially if a film is rubbish, and you're moving in the same circles as those you've critiqued!

Corry’s last tally of film reviews was just over 1400 so he’s had a bit of time and experience to hone the craft.

He tells Afternoons there’s no stopping anyone from being a film critic with the internet these days, but going for a career is a whole different story. 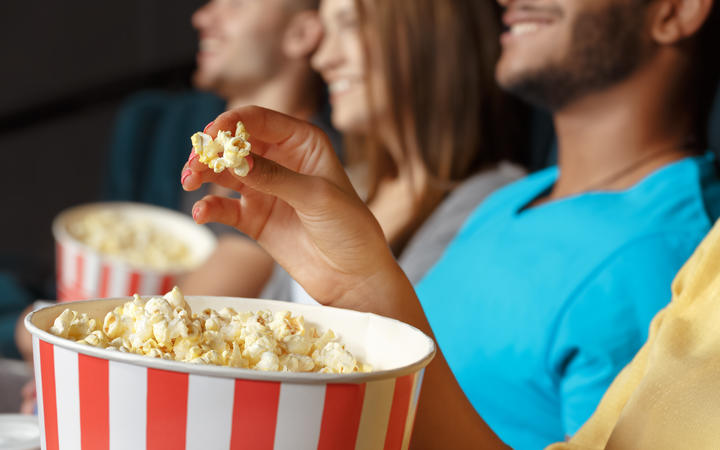 “As far as writing the review itself, you need to think about context; whether it’s a long or short review, whether it’s for a magazine or a newspaper or a big internet screed. Most of the reviews I write these days are for the NZ Herald and they’re around 300 words, which is not a lot.”

Corry takes a notebook and a pen with him to press screenings but acknowledges that, when he sees others doing the same, he judges them as being pretentious.

“There’s a bit of a contradiction there. You can’t look at someone with a notebook and a pen and think, what are you doing? But yes, I do do that.”

The first thing to look at it is what a film is trying to achieve, and how well it does at achieving it.

His own method typically has an introduction with his general thoughts, followed by a paragraph on the plot, before he launches into his analysis followed by a conclusion.

“I think that general structure can be expanded out, but there are no strict rules when it comes to film reviews.”

One of Corry’s big inspirations was Roger Ebert who he says represented a shift in the 1980s where critics stopped being snobs about cinema.

“They started being brave enough to say that certain horror films are really good, or certain action films are actually really good because they knew what they wanted to be.

“Prior to that, there was the idea of the film critic as the haughty food critic in Ratatouille, that’s the image I always picture.”

Corry says he finds it easier to write reviews of films he doesn’t like over those he does.

“At least you’ve got a perspective. You’ve got something you can point out and attack and make a critical argument for. Just saying it’s wonderful and delightful can be a bit more frustrating and less interesting to read.

“It’s not a stressful job, but after doing it for more than 20 years I still get attacked for being too nice and too mean at the same time, you can’t win. If you praise a film, people say you have a soft touch.

“If you diss it, people say you’re a snob. You’ve got to separate yourself from all that and listen to your heart. It’s an inherently subjective piece of work you’re writing and you need to be able to make your argument in the context of cinema and not just about whether you were having a bad day.”

One of the biggest challenges in being a Kiwi critic, Corry says, is that in invariably know someone who’s worked on a local film and there’s a prevailing idea that the film should be championed and supported by local critics.

“I wish there was more room in the New Zealand critical space to criticism and analyse our art without being accused of being a traitor. You either accept that art critics and culture critics have a role to play in society or you don’t. If they do have a role to play, you can’t be telling them to be nice to all the local stuff.

“That is something that comes up every now and then. I do question it, but I probably am kinder to local films than I want to be just because that pressure exists.”

When he has written negative reviews of local films, for instance his one about the sequel to Sione’s Wedding, he received a lot of blowback.

“I didn’t rag on it, I just said it was a bit of a mess of a film. I love the Naked Samoans, I loved Sione’s Wedding, I’m a fan of that world but people weren’t happy that I wasn’t supporting the team.”