How to Write a Foreword

Today's how to write looks at what should be included in a foreword in a book.

Author and bookshop owner Catherine Robertson joins Jesse to impart her expertise on what goes at the beginning of a book.

Robertson says she went down a rabbit hole thinking about what a foreword was while preparing for this piece. 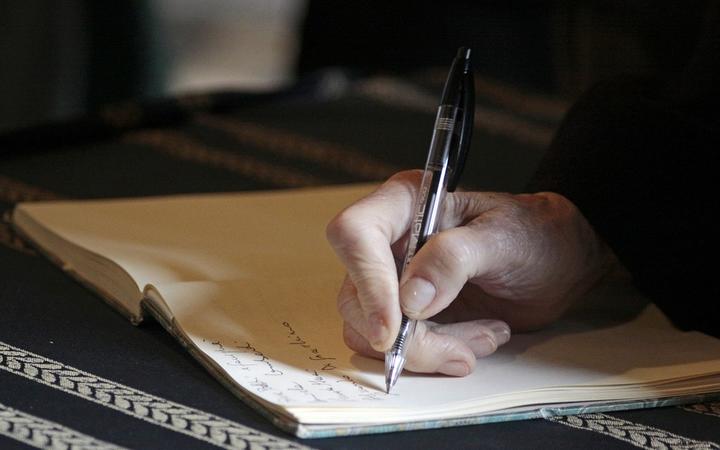 “I started looking things up and, of course, you can have a precis, an introduction as well as a foreword, so I had to do some thinking about that. I actually pulled a whole bunch of books out of my bookshelf here and went through and thought, how do these work.

“All three, essentially, serve the same purpose in that they’re there to give readers some background about the book and/or the author. The idea, I guess, is to enrich the reading experience.”

An introduction tends to run longer and read like a critical or academic essay, she says. An example would be a recent edition of George Orwell’s Animal Farm which, for readers in 2021, would benefit from context and background.

“When you get new editions or translations of a classic work, you’re more likely to get an introduction because it gives you the filling in of time and some way of orienting yourself.”

A foreword, meanwhile, is shorter and more personal.

“It’s usually written by a friend or a famous fan of the author themselves saying how wonderful the book is. It’s more from their personal point of view how much this book and this author has meant to them. That seems to be the major difference between and introduction and a foreword.”

A good example is the moving foreword to David Foster Wallace’s Infinite Jest written by Dave Eggers after the death of Wallace.

However not all introductions and forewords are full of effusive praise. Often, after an author has died, there will be an exploration of their problematic life and how that might inform the reader.