The move has been condemned across the board with supporters, players managers and the media expressing their dismay at what is seen as a naked money grab by some of the world’s richest clubs. 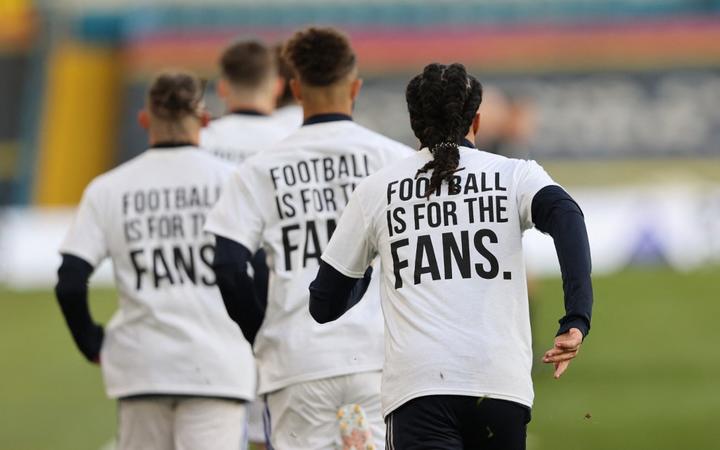 That's prompted calls for a ban on those players and clubs competing in both the European championships and international competitions.

“They say they need to do it to survive financially, they say the pandemic has taken its toll, not just on them but football as a game and the current model isn’t sustainable, and they are arguing that this is a self-preservation measure.

“I’m not sure how they can justify how it would help football as a whole, I don’t know, trickledown economics?” Towle says.

“In this initial announcement there are three clubs yet to join, which is in itself is a little suspicious, I’m sure they are still trying to persuade some of France and Germany’s biggest teams for instance to join, and then five more sides to form 20.”

The new league would rival the current Champions League, the historic cross club European competition where the best and most successful teams compete each year in Europe.

“There is some suspicion that these clubs are playing chicken with UEFA, they want more money from UEFA, they say they don’t like the current champions league model,” Towle says.

The appeal of the new competition is the 12 founding members would play each year, no matter what their form in domestic football.

“Fans hate this because it smells so fishy, it smells of greed, it smells of the richest men in football sitting round a board room table and concocting a plan to make more money for shareholders and disregarding the grass roots nature of football,” Towle says.

Three of the English Premier League clubs are owned by wealthy Americans, and the proposed league has a distinctly American feel, Towle says.

“This is quite an American way of doing things, this idea of a super league, the best playing the best each year, no relegation, you are permanently in the competition.”

Towle says he is baffled that the founding clubs, proudly trumpeting their membership of the nascent league, didn’t see how badly it would go down with the wider football community.

“It’s not the players who concocted this plan, it’s not the managers and it’s certainly not the fans, the fans weren’t given a say for heaven’s sake - it’s the owners.”