Why negative thoughts intrude just before we go to bed

Ever gone down a negative rabbit hole of thoughts just before bed?

It's a widespread problem and that late night rumination causes a lot of people fatigue and, annoyingly, more worry.

Professor of Clinical Neuroscience Sean Drummond, who's the director of the Sleep and Circadian Rhythms Programme at Monash University, joined Afternoons and tells Jesse Mulligan why worries invade our mind just as we are trying to sleep. 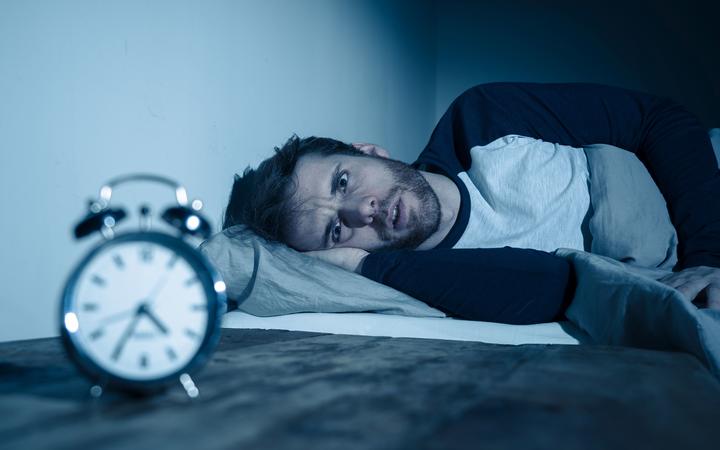 He says the so-called ‘rumination spiral’ has been known about for quite some time but is only recently being seriously investigated.

“Having sleep difficulty, particularly insomnia, is also associated with anxiety and anxiety is associated with rumination and having a hard time turning your mind off. That’s how I got into it.”

Drummond’s main area of study was the interaction between sleep and mental health.

He says acute insomnia, when people have a short period of finding they’re unable to sleep, is extremely common and most people will experience it in their lifetime. Chronic insomnia, on the other hand, is when it lasts three months or more and is experienced by around 15 percent of the adult population.

The reason for our brains turning to negative thoughts at bedtime is what’s called ‘conditioned arousal’. Most people who have a bad time sleeping do so because of a stressor in their life and their sleep goes back to normal when their stress resolves.

“But what we see in the group of people who go onto develop chronic insomnia is that part of their being stressed out is that they lie in bed worrying and ruminating and problem solving and thinking about whatever’s stressing them out. That then generally leads to negative emotions such as anxiety or depression.

“Then they realise they can’t sleep so they get frustrated and upset that they can’t sleep and they’re tossing and turning. What happens, essentially, is that all this time in bed stressed out and worrying and ruminating starts to send these signals to the brain saying, the bed is a place to be awake and to worry, rather than the bed is a place to be comfortable and relaxed and falling asleep.”

Thus, the bed, bedroom, or bedtime becomes the conditioned arousal trigger to the brain that says it’s time to be stressed and begin ruminating on things.

“Even when you are nice and relaxed and falling asleep in front of your TV, if you get up and go to your bedroom and lie down your eyes pop open and your mind starts to race because the brain thinks that is what the bed is for.”

As our sleep gets degraded by conditioned arousal, or anything from shift work to a crying baby, the emotional part of the brain becomes overactive when it should be relaxing.

Another aspect of sleeplessness is people who are able to get themselves to sleep but find they wake up in the middle of the night. Drummond says this too can trigger a conditioned arousal as people start to stress about things like whether they will get more sleep before their alarm goes off and they need to head into work.

Drummond says we should be very wary of using our devices before bedtime or if we wake up in the middle of the night.

“Devices are particularly evil because not only do they get our brain rolling and looking at social media or work emails, but also the blue light that comes from devices sends signals to specific parts of the brain saying it’s time to be awake. That blue light makes it harder for us to fall asleep even if we’re not stressed out.”

Another tip is that we establish a bedtime routine that involves a relaxing activity and doesn’t include devices such as reading, praying, sewing, or meditating.

“Something very quiet like that which helps the brain wind down and sets the stage to more easily be able to go to sleep.”

Finally, he says that if you’re seriously struggling with insomnia or a lack of sleep there are very good treatment options available that aren’t necessarily medication-based.

“I would really encourage people to talk to their GP and get a referral to a sleep disorder centre or an insomnia specialist because these interventions work 75 percent of the time. You have a great chance of success if you work with somebody who is specialised and trained in this particular area.”