A central Californian city, known for high crime and poverty rates, is using guaranteed income to lift people out of poverty.

As part of a programme called the Stockton Economic Empowerment Demonstration (SEED) 125 residents got $US500 a month with no strings attached. 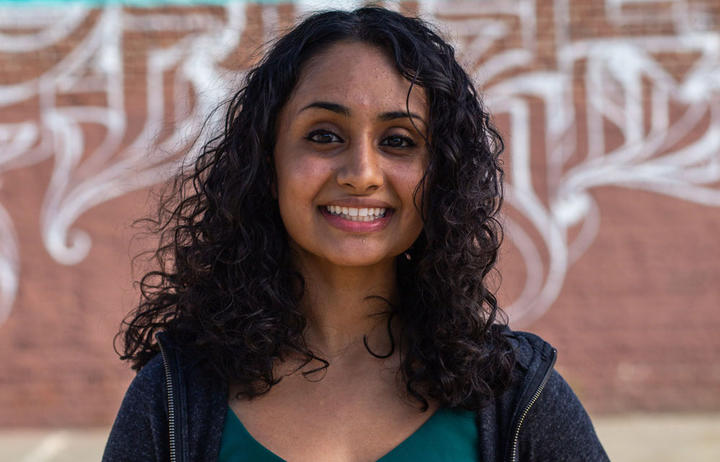 Sukhi Samra is director of the project and told Jesse Mulligan Stockton is a city that has been struggling since the 2008 recession.

“It has historically struggled, at one point it was the foreclosure capital of the nation and was hit hard by the 2009 recession. It was the first big city, before Detroit, to declare bankruptcy.” Samra says

Stockton is a city of some 300,000 people, located in California’s central valley an hour and a half from San Francisco and about 15 minutes from Sacramento.

The scheme selected 120 people randomly to receive the $US500 a month for 24 months - the cash was unconditional with no strings attached.

For Samra the scheme was personal, she grew up in the city in a poor family.

“I grew up in a two-parent household, but my mum was the only one that worked, my dad was disabled, and my mum was working multiple jobs just to make ends meet.

“When we were growing up she worked full time as a cashier at a gas station and part time at Subway and even though she was working two jobs, she was always struggling to get ahead to make sure the foundation under her was solid

“And it wasn’t because she wasn’t working hard enough. It was because our economy is broken, and our economy isn’t working for working people. And I know if she’d had $500 a month growing up our lives would have been radically different.”

The scheme was philanthropically funded, she says and unlike universal basic income was a targeted programme.

A guaranteed income has a long history as an idea, Samra says.

“It was espoused by Dr King as the simplest and most effective solution to poverty, it was included within a Black Panther Party programme, we just want to be really intentional about rooting ourselves in social justice history, the civil rights history and the way it’s always been seen as tool for racial equity.”

Economic justice and racial justice are inextricably linked you cannot have one without the other, she says.

When the scheme started in 2017 it attracted familiar criticisms, she says which were rooted in racist and sexist tropes.

“One was if you give people money they are going to spend it on drugs and alcohol... As if ‘those people’ don’t know how to spend their money properly.”

What they found was the money was spent on the basics; food, utilities rent, bills and transportation, she says.

The second criticism major criticism is that it would be a disincentive to work, Samra says.

“If you give people money they will stop working, again rooted in this notion that poor people are lazy, that poverty is a personal choice rather than a systemic choice.”

At the end of the trial they gathered data which revealed some striking findings.

Most of the money was spent on food, about 40 percent, with the rest on rent, utilities and car costs, she says.

Income volatility was improved too.

“We know in the United States with the rise of the gig economy and a decrease in worker protections it’s become really, really difficult for households to predict how much money is coming in over a month.”

There was also a big improvement in people entering full time employment.

“At the start of the programme 28 percent of the treatment group were in full time employment a year later 42 percent were, she says.

Emotional health and wellbeing also improved in the treatment group significantly. She says.

They delved into the reasons for this improvement and found the income security freed people, gave them more agency and ability to plan.

“Once you remove the drumbeat of financial insecurity, once you are no longer worried about where is the next dollar going to come from, and you have a solid income floor beneath you, you free up the mental capacity to start thinking about other things.”

The scheme put to bed the persistent idea that the poor cannot manage money, she says.

“It is not an issue of not being able to manage money, it’s that there’s no money to manage in the first place.”