Finding out why a song about George Wilder was banned

George Wilder – the wild New Zealand boy - was a folk hero as well as a prison escapee.

On his quest to research for another Black Sheep podcast, RNZ's William Ray came across the story of how a popular song about George Wilder by the Howard Morrison Quartet was banned on public radio.

He explains to Jesse Mulligan why the song was forbidden and how it possibly still reached number one in the New Zealand charts despite the ban. 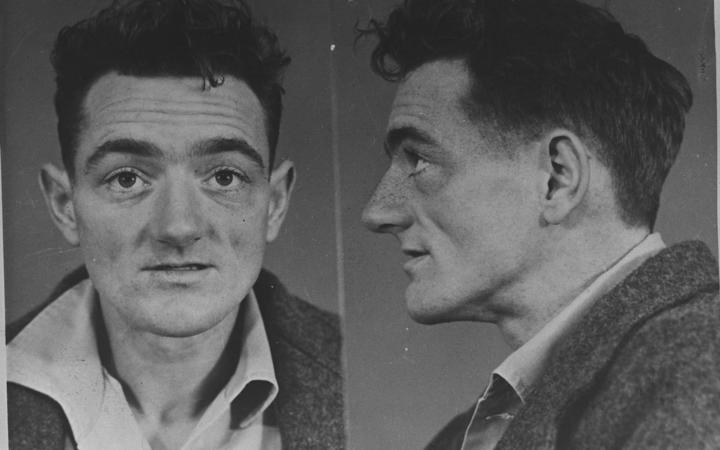 Ray says the story of Wilder will be familiar to older Kiwis. He broke out of prison multiple times, the first being New Plymouth prison in 1962. He broke into holiday homes for food and shelter, but left notes apologizing to the owners, becoming something of a folk hero.

“He went on the run for 60 days and was recaptured, locked up in Mt Eden Prison where he was only in for seven months before he broke out again, this time going on the run for 172 days.

“A couple of years later, he broke out a third time – this time a bit more serious, it involved a sawn-off shotgun and they took three people hostage. He just became notorious and that’s why that song, 'The Wild New Zealand Boy', was written about him.”

While Ray was researching Wilder, he discovered a single line about the song which said it went to number one on the charts despite being banned by public radio.

“[Wikipedia] didn’t give any source so I wanted to go and figure out whether that was true, and it led me down this really weird rabbit hole.”

He asked some music experts at RNZ and beyond and was told to head into the basement archives to see if the album was there. If not, they said, it was probably banned.

“So I went down and the album was there. Initially I thought, well it can’t have been banned. But then I looked a bit closer and there was this little pencilled note that said ‘tracked scored’ next to 'The Wild(er) New Zealand Boy'.”

When he pulled out the vinyl, he found the someone had gone and physically scratched out the bit of the vinyl that had the song on it - as was common at the time.

Ray decided to triangulate his research and RNZ Mediawatch host Colin Peacock got in touch.

“He, for reasons known only to himself, has a handwritten book of every song which was banned from public radio from the 1940s through to the 1980s. Among such other songs as ‘What Every Young Girl Should Know’ was 'The Wild(er) New Zealand Boy'.

The anomaly in the story is that the song appears to have been banned more than ten years after Wilder’s first escapee.

“I still haven’t got to the bottom of it but I have two theories; the first is that the song was initially released in between his first and second escapes and, because that third escape was a lot more serious, it might be that the powers that be at RNZ that the crime was pretty tough stuff compared to what he’d been involved with previously and we shouldn’t be celebrating this guy.

“My other hunch is that, because George Wilder got out of prison for the last time in 1973, I wonder if some of his friends or his family, or maybe he himself, got in touch with RNZ to say let’s let bygones be bygones. He apparently always hated that song.”

Ray explains that notoriety didn’t work in Wilder’s favour because, the more famous he got, to harder the cops looked for him.

“He just wanted to vanish quietly – and he has. Ever since he’s been out he’s steadfastly refused every approach from a journalist and has never really told his story publicly to anyone.”

And Ray himself has had trouble tracking down Wilder, however he did have a breakthrough this week when Howard Morrison’s son replied to a query and said it was funny he had been in touch because he’d just been on a hunting trip with Wilder’s grandson.

“I’m now going to Rotorua to catch up with him and his family members to see if I can find out a bit more of the story.”