How a Glenorchy businesswoman turned the tables on a conman

When Emma Ferris discovered the man she'd been dating for six months had conned her out of more than $250,000 she didn't let him get away with it.

Emma and her sister tell the tale and offer advice about the warning signs of a conman in the popular podcast Conning The Con. 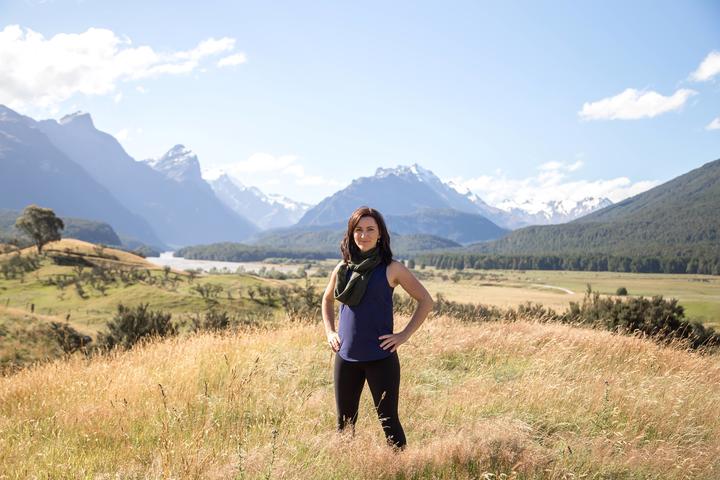 It's never easy to air your 'dirty laundry in public, Emma says, but the podcast offered her a way to share the lessons shes' learned about the court process and recovering from trauma.

Many women who've been through physical or emotional abuse are really resonating with Conning the Con, she says.

"We've had this amazing response from people who are learning from my lessons."

Emma describes herself as a very open and honest person who, as a physiotherapist and breathing coach, specialises in building connections with people.

After meeting a man named Andrew Thomson on Tinder and developing a relationship with him, Emma had a gut instinct he was lying but couldn't find any confirmation of that online because he'd changed his name legally.

The man, whose real name is Andrew W C Tonks Thomson, "planted the seed" early on with talk of his own successful investments.

When Emma told him she wasn't interested as she had her own property investments, she says he seemed to realise that property was an 'in' with her.

"For me, my biggest things were time with my children and financial stability to provide for them … as a single woman who is working my butt off in business and had been through all this divorce stuff."

Emma's friends had concerns about Thomson. Her business associate Sasha and her partner thought his investment scheme sounded like a con.

They investigated further and uncovered Thomson's alias and history of fraud - just one day after Emma had transferred a large amount of money to his bank account.

"Another day, that money would have been in the wind and I would not have seen anything.

"It was a jaw-dropping moment when that was revealed to me… at that moment you don't know which way is up or down, you just focus on surviving."

After a moment of "anger, clarity and focus", Emma realised she would have to take action herself.

In the scariest and hardest moment of her life, she met Thomson at the bank, acting like everything was okay, and convinced him to transfer back the money back to her as her family had insisted.

"I should have got a bloody Oscar for [that performance]."

Emma's advice to people online dating is to be clear about their boundaries and what they're looking for.

"I was at a place where I wanted to explore relationships and what it would like to have somebody eventually in my life … if you understand your worthiness and look at your own value and go 'why are you even dating?'

"If something comes up [with someone you're dating], you need to sit with it, listen to your gut reaction, check in with friends and family and if you're worried for your safety, check in with people who can help you.

"We sometimes feel a bit blase in New Zealand that we are safe… my advice is to look at your safety as both 'in the moment' safety and as you move into a relationship.

"Take your time, get to know somebody's friends and family and if you don't take time for yourself you're not going to be able to hear what your gut is saying and look at that big picture.

"How do you actually feel when you're not around them? That's a really important piece. I was too busy at the time to do that."

After the experience with Thomson, Emma says having two kids meant her only option was to thrive.

'I will never let somebody take that power away from me of feeling that there isn't good in the world.'