Cooking for the environment with lots of flavour

Anna Jones's summer taco salad recipe is a go-to at Jesse Mulligan's house. Now the award-winning UK chef has a new book of simple one-pot dishes which happen to be vegetarian - One: Pot, Pan, Planet. 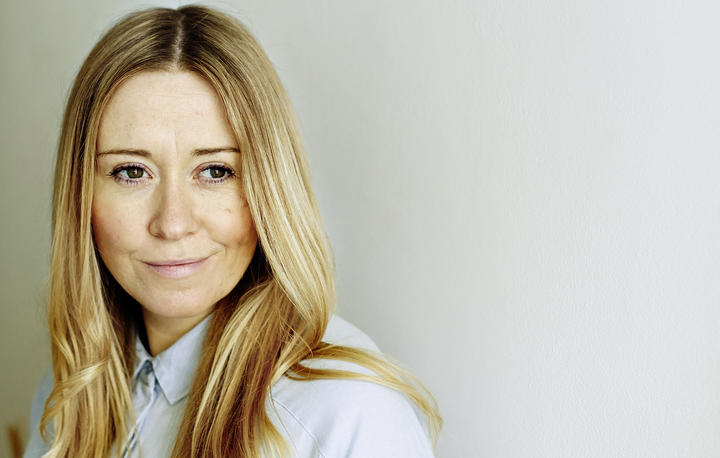 You can find more of Anna Jones's recipes here.

In her previous books, Jones introduced people to vegetarian food beyond "mung beans and brightly painted cafes and hemp trousers". The recipes in One: Pot, Pan, Planet have a new focus - sustainability.

In the book's introduction, Jones writes of "a turning point, in a moment of crisis" and "the most powerful thing we can do is eat fewer animals and more plants".

At the moment, humans rely on seven crops to feed 90 percent of the planet, she says, but we'd be better off expanding our food horizons.

"It's about spreading the net as wide as you can… making sure that you eat a wide spectrum of fruit and vegetables if it's accessible to you and possible for you.

"Creating that arc, creating that variation [in our diets] helps us support biodiversity but it also helps support our own bodies. I think the more different colours, different foods we're getting the more nutrients we're going to be getting at the same time."

"And if at the same time as doing that we can make some more conscious decisions about how we eat, I think that's a fantastic combination."

One of the most popular recipes from One: Pot, Pan, Planet is Saag aloo 'shepherd's' pie, which is based on a Punjabi bean curry, Jones says.

"It's a real party of flavours, it's pretty easy to put together and it's really filling so people have been loving that." 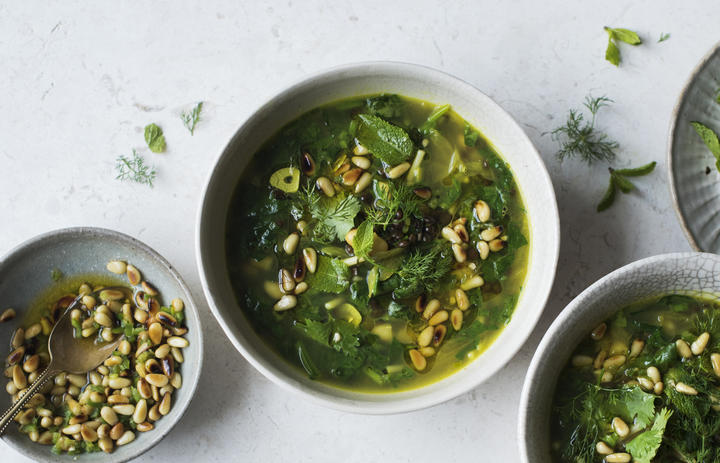 This is my take on Persian noodle soup, expertly guided by my dear friend, Mersedeh. It’s a deeply savoury soup with spice, chickpeas, lentils and some pasta thrown in for good measure. This is a great way to use up the ends of bags of pasta you have hanging around. I have suggested a noodle pasta but really any pasta bashed up a bit will do. 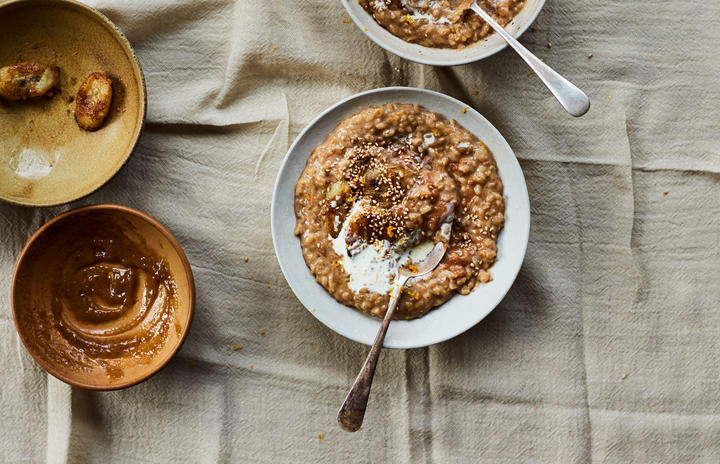 Rice pudding is the Marmite of desserts. I don't think there is a pudding that splits opinion more. School dinners are perhaps to blame. This rice pudding is cooked like a risotto rather than baked (so no dreaded skin), and it is flavoured with a rich banana caramel which is hit with a bit of miso. You could leave the miso out if it's too much of a stretch for you, or just use a teaspoon of soy in its place: it adds a salty sweetness -think salted caramel. 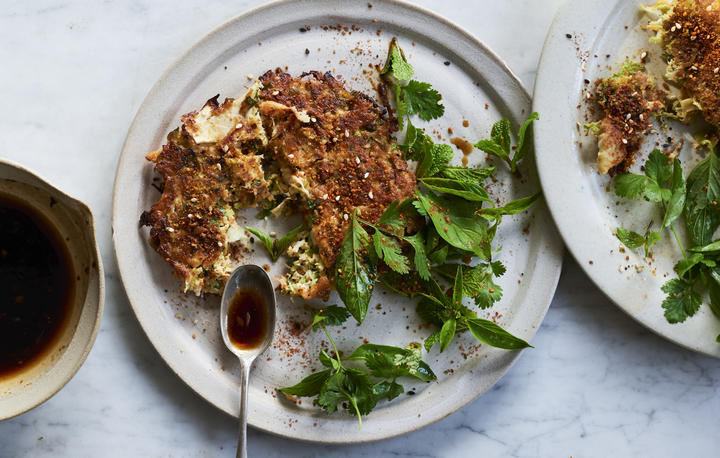 There used to be a little stall near my house which made these pancakes at the market every Sunday. It's disappeared or migrated to another market, so I resolved to make them myself. These vegetable-packed pancakes are made with rice and chickpea flour, miso and ginger and have a killer dipping sauce. I tend to make them as larger pancakes so everyone gets one each but you could make them smaller too if you prefer.