Feel-good stories of Kiwis rising from the pressures and struggles of the Covid-19 pandemic have been compiled into a new book. 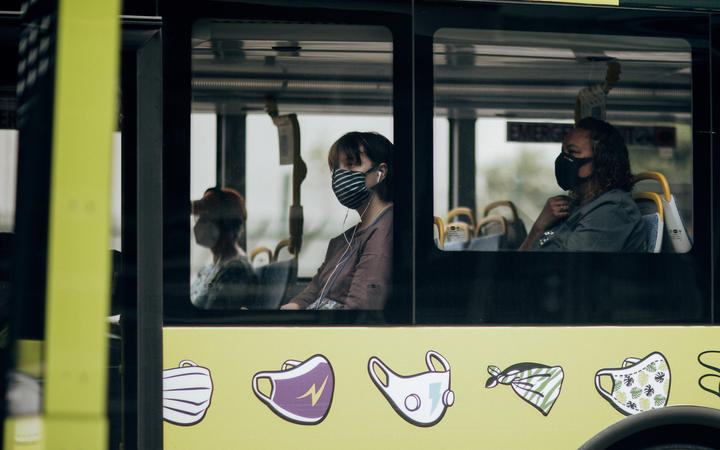 The entrepreneurs and innovators told Jesse Mulligan that optimism, putting people first, and tenacity are key characteristics among those bouncing back from the pandemic.

Davis says his own business, Nanogirls, evaporated over a period of two days, with the loss of $2.5 million.

“We had a live science events company, Covid wasn’t a great time for live-eventing … the phone kept ringing with cancellation after cancellation.”

Along with his co-founder and wife, Michelle Dickinson, they recognised they were in trouble and decided to go on a new adventure.

“Neither of us are wired to do the timid thing, so we walked into the office the next day and wrote on our whiteboard with the team that we’re going to do Nanogirl science adventure every day through lockdown for families just for a dollar a day.

“That’s where it started, over three days we built an online learning platform, took on a new building, built a production studio, hired 11 people, it was a great adventure.”

Downs says people can choose to be optimistic or not, and most people they talked to in the book realised that they needed to focus on what they could control. 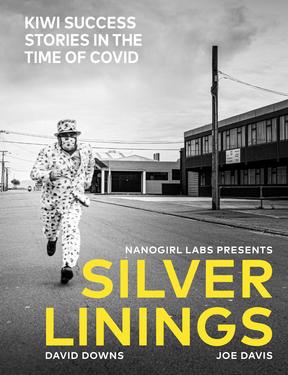 “These are the businesses that said we can’t control the borders are shutting or that our business is disappearing, but we’ve got staff and amazing ideas, we’ve got IP, we’ve got innovation, and that’s the kind of positivity and optimism coming to life.

“[Optimism] allows you to see opportunities that others might not see … what you’re doing is allowing yourself to be open to new things … this book is a collaboration with Joe and I based on that kind of optimism.

The ‘number 8 wire mentality’ does exist, Downs says, but they found it’s more nuanced than it appears.

Davis says there were common traits became among those adapting to the lockdowns – including a predisposition to take action amid challenges and being agile.

“But I think the most important thing, and the thing that really spoke to me as we worked through the interviews, was that dependence on culture. Ultimately when things go bad, when situations are challenging, you go back to how we do things around here, organisational culture, and the very best put their people first.”

The duo spoke to Fort Richard Laboratories, which had to think of new ways to source swab testing kits when international suppliers focused on national demands.

“So what they did was said ‘well what is it about these flu kits that we need? We need a jar and some liquid and a nasal swab’, and ‘can we actually source those in different ways’,” Downs says.

By getting different parts from various suppliers, they produced hundreds of thousands of kit, a major upscale to their yearly output, and also got -70C fridges, which they offered to the Ministry of Health. 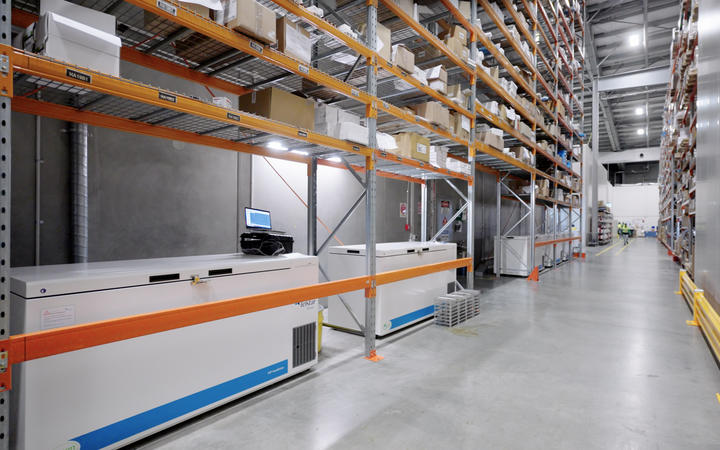 Downs says the company faced many challenges at which point they could’ve given up.

“But instead of allowing that to happen, they found ways around it all the time, that tenacity is really a key part of it.”

Another business, Lanaco, has been looking at how to use wool in different ways as value for strung wool plummets across the world.

By diving into the masks market and producing the in-demand N95 version using wool, they managed to pave a new business model for themselves, Downs says.

Davis says it was fascinating to see how some businesses that had nothing to do with PPE, turned to that market to comply with demands.

“There were architecture firms, community organisers pulling together groups of people with 3D printers, things like that that were instrumental.”

Downs says: “There were so many organisations who were making hand sanitiser at the time that they were sharing recipes with each other, the guys from Good George talked to people from Fonterra and Fonterra sent them a whole lot of excess materials they needed, everyone was sort of collaborating."

Heilala Vanilla, a company that grows vanilla beans in Tonga, divulged into making hand sanitiser too, and found success in their different smell.

“They added vanilla and when they did that they started sharing it with people and everyone is going ‘this is the best hand sanitiser we’ve ever had, it feels nice, smells nice’. And now they’ve created this whole range of new products of lotions and moisturisers and all sorts of body products,” Downs says.

Unity Studios - a functional movement studio - had do their classes online after launch day coincided with the first lockdown.

“One of the big things we noticed is the organisations in the book really wanted to support community so most of these organisations, yes they needed pay wages and rent or whatever, but actually most of them were doing it for a community purpose and Unity Studios is a great example.”

Timely, in Dunedin, which sells software that helps booking systems, gave assurances to their workers as well as clients to make sure they were not worried about money. They told the authors it was one of the most important decisions they took.

“A year later now, I talked to [the chief executive] just the other week, and he said business has bounced back, 'we’re bigger than we’ve ever been. Not only did we look after our customers and retain as many as we could, but the word got around that Timely is a good organisation that supports its customers and we picked up a whole lot of new business'," Downs says.

“There’s multiple examples of people [in the book] making that sort of decision saying ‘don’t worry about money in the short-term, if we do the right thing by our team and customers, the money will come’.”

A message for New Zealanders

Davis says he wishes he can go back in time and give the book to people as pre-reading ahead of the crisis.

“I think the lessons are there. For me, it’s about that sense of community and action … it’s a year ago now, you remember those first cases … the recognition this was going to be a worldwide problem.

“I think there was a lot of fear and panic, and I think [the advice] would just be start by putting your people first, see this as a challenge and focus on that, try and find something optimistic in that, and recognise the value of your network and communities around you.”

For some, they came to recognise these lessons later than they might otherwise have done, Davis says.

Downs says it’s human nature to be worried or concerned when there’s uncertainty about the future.

“If you can work out the trick of replacing fear with curiosity and motivation to action and control what you can control, then that suits you in all forms of life.”

He says part of the reason of writing this book is to keep a reminder of these lessons learnt.

“We’re also doing an event in a few weeks’ time where we’re getting some of the people from the book to tell those stories because we want them to stick … It would be terrible if we all went through the pandemic and then went back to business as completely the same.

“We have to basically think about how do you prepare for something like this to happen again, because it probably will.

“It would a shame for us to forget those lessons and not capitalise on them as a nation.”

The event for the book will be held on 26 March - the anniversary of the country's first lockdown - at Auckland’s ASB Waterfront Theatre.