With restaurant dining off the agenda right now, one is offering emergency cooking interventions for those struggling at home to get a great meal on the table.

Dariush Lolaiy, co-owner of Cazador, has a bit of time on his hands this week and is offering professional advice for home cooks between 5pm and 6pm for anyone who's struggling with making evening meals every night this week.

He tells Jesse Mulligan they wanted to do something a bit fun and keep engaging with their customers and mates during lockdown. 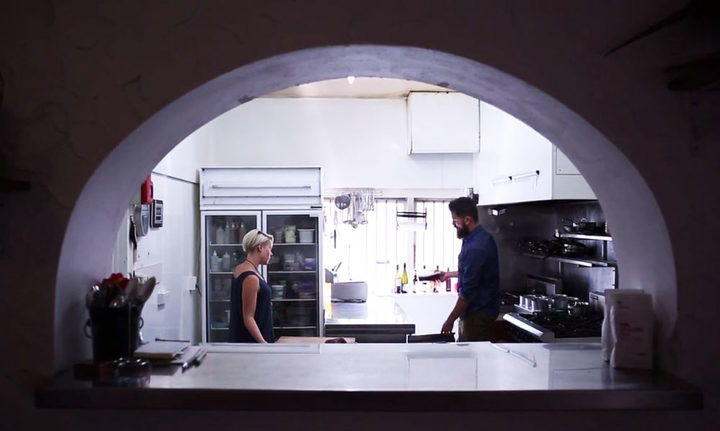 One of the most frequent questions he’s asked is what to do with venison.

“We’ve had venison on the menu for 30 years now, so every week we’ve tried it within reason. It’s one that gets people a little bit worried, but the trick is to just treat it like beef – if you’ve got a shoulder cut, cook it slow and if you’ve got a leaner cut, then quick is best.”

As for a side, he says Cazador is currently doing chargrilled tomatoes and mint as a sort of salad. He says sauce isn’t necessary for venison.

“If you’ve cooked it right, you’ve got nothing to hide with well-cooked venison. It’s one of the things people know about venison, there’s not a lot of fat on it, so there’s this assumption that you need to do a lot to it or do some fancy tricks, but really it’s about cooking it not very much at all.”

For instance, a back steak should be seared off in the pan for a total of around two or three minutes, he says, then maybe in the oven for another one to two minutes.

“It is really easy to over cook. When it is done right, keep it light – especially at this time of year when it’s humid and it’s hot. Just some kind of salad with a bit of guts to it.”

The seeds for the idea came after their restaurant manager and sommelier came up with a concept to sell wine and food through the deli which customers wouldn’t normally have access to during the lockdown last year.

“I thought, why does he get all the limelight, so I put my hand up and I had a whole troop of friends and family that called around Christmas to ask about cooking and I figured there must be a tonne of questions, especially in lockdown where people might be cooking when they otherwise wouldn’t.”