Documentary looks behind the hedges of America's largest retirement community

Sometimes paradise turns out to be paradise lost.

For some of the 123,000 seniors living in a retirement community in South Florida, that is what "The Villages" has turned out to be.

The mega retirement community has 50 golf courses, swimming pools, endless clubs, and a happy hour daily at 11am.

Lance Oppenheim takes us inside the place billed as "Disneyland for Seniors" in his documentary Some Kind of Heaven where the quest for fulfilment and purpose remain elusive. 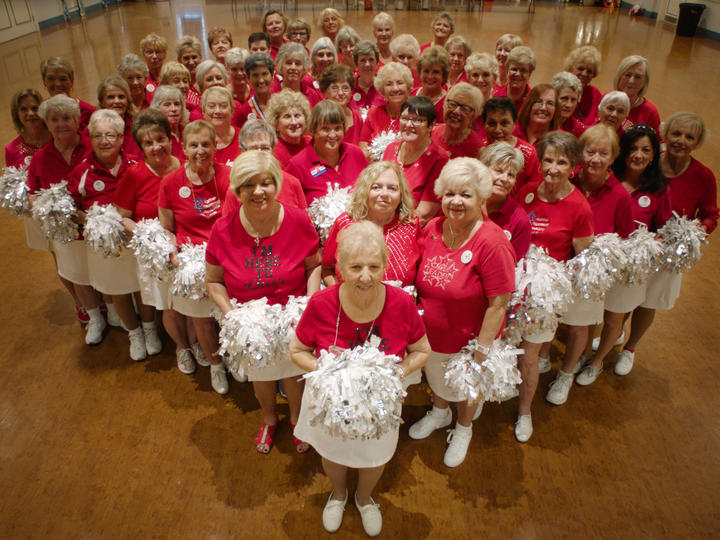 A scene from SOME KIND OF HEAVEN Photo: Photo courtesy of Magnolia Pictures.

He tells Jesse Mulligan he grew up near the retirement community and it was a bit of a local wonder.

“It was impossible to not hear about it. The local newspaper was obsessed with it; anytime there was a slow news day there would be an article treating The Villages as a punchline.

“A lot of folks used to talk about these tall tales and urban myths about how there was a high rate of STDs travelling around there. I would see newspaper articles when I was 12 years old saying ‘senior couple arrested for public sex’, stuff like that.”

“The images and the statistics, how 130,000 people were living there in this place that was the size of Manhattan. The images recalled to me moments from my favourite movies, it looked like folks were living in this Truman Show in real life, or scenes from Blue Velvet, or that haunted ‘morning in America’ Ronald Reagan commercial.

“All those images were recalling it to me, those platonic ideals of the 1950s and this very specific, bizarre vision of America.”

Oppenheim says The Villages are truly a retirement mecca and as soon as you walk through the gates, it’s as though you’ve entered a different world.

“The biggest selling point is that you can move there and be whoever you want to be. You can join hundreds of clubs, there’s a lot of ways you can spend your time, it’s a very homogenous place which, to me, I wanted to critically observe and inhabit – particularly how racially and politically homogenous it is, it’s a very conservative place.

He believes one of the reasons so many people chose to move there is that America is a very ageist society and they feel ignored or like a burden in regular society.

“I think they’re drawn to this idea of graduating from life and entering this sort of life after life that the village is promising. It has its entire own culture and its isolated… it’s got its own radio station that plays the oldies, it’s got its own TV station that basically only broadcasts the ‘Good News’, its own newspaper. There’s a big absence of negativity.

“I wanted to go deeper and explore the cracks, the underbelly of the place. I wanted to go underneath the golf courses and find real authenticity in the things that were going on there.”

Oppenheim wanted to tell the story through the eyes of the people that live there, particularly those who are having a hard time fitting in and for whom it hasn’t cracked up to be what was advertised.

“There’s a sort of mandatory fun that pervades the atmosphere there and I do think it can get quite exhausting.”

He moved into the village before he started filming, getting a place with a couple of retired rodeo clowns so he could get an up-close view of life in the community. He says the thing that struck him most was the lack of confrontation with death.

“The way The Village chooses to deal with it, the way that society there is kind of oriented is, rather than dealing with it up-close, it’s more of a negation or a busying yourself and distracting yourself to death and that, in a way, is what The Village promises.

“One of the things I wanted to do and explore with the film was to look at the lives of folks who were grappling with real problems and real issues that were going on in the backdrop of this unreal, hyperreal place.”

Oppenheim says one of the things he discovered is that no matter the age of a person, they’re always striving to discover new things and grappling with big questions.

“When you look at the film, every person in their own beautiful, strange, or unique way is attempting to figure out what it means to be alive and what it means to get to know oneself. That is something that I really took away and cherish about this whole experience.”