Whether you've been thinking about getting back into running, or you're planning your next marathon, or you think you're just not built for it, Afternoons’ Monday expert can give you some pointers.

Paul White is a physiotherapist and running coach at Auckland Physiotherapy and Urban Athlete and says almost everybody is capable of being a runner. 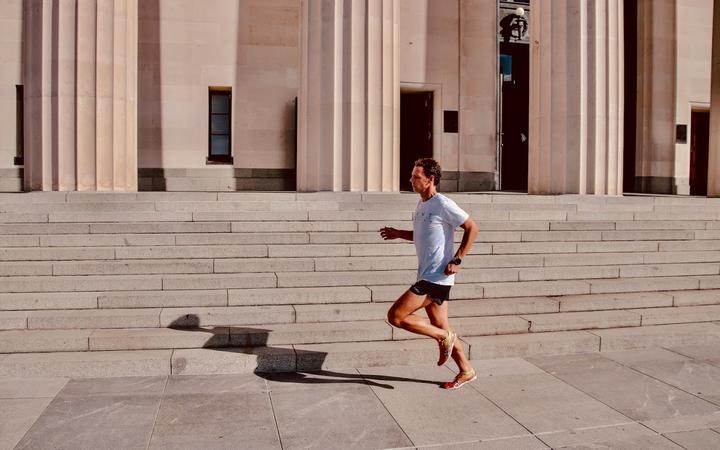 “I suspect that everyone’s able to run, but the biggest problem is that people run too far too early for their fitness level. If you’re carrying weight or haven’t run very far in the past, my advice is to only go a short distance.

“People get a bit confused about running and expect to be able to go as far as their peers and that interferes with good decision making, to limit how far they run.”

He says that there’s a misconception that running can be bad for the back or knees, or should be avoided if you suffer pain in those areas.

“We just want to get the right amount and the right dose to people because, if we do that, it allows our body to essential adapt to that stress and make you stronger so you can tolerate more and more.”

White says that people either get addicted to running or the go too hard in the beginning, injure themselves, and think running isn’t for them. What he advocates is to mix one-minute runs into a longer walk.

“If you’re doing that minute of running and it’s sore or painful, then that’s probably about your limit. The next morning, if you’re not too sore, then I suspect you can do that again and maybe add a little bit more of a minute run here and there.

“At the start like it quite unstructured because I think people make better decisions when we give them the chance to make those decisions.”

He suggests apps such as Couch to 5k and the Nike Run Club which have audio files that can motivate you on your way and give you a guided run.

Walking, he says, is very good for people but lacks the intensity of running which loads our muscles in different ways.

Another argument against running – and for swimming or cycling instead – is that it’s bad for the joints.

“I have looked at this closely and I don’t think the research supports that statement. In the research we have done for this type of question, the worst thing for joint health is inactivity. If we compare running to inactivity, running is far superior.”

The biggest, and perhaps only, barrier to entry for running is decent footwear and White says it’s a real rabbit hole trying to figure out what shoe is best. Instead, he suggests going to a store that specialises in running shoes and speaking to an expert.

However, for people just starting out there’s no reason to splash out on expensive specialist shoes. For short intervals in the beginning, sand shoes or sneakers are fine.

“I don’t want there to be an idea that you have to have the perfect shoe to be able to start out, that’s the icing on the cake – it does help a little bit and contribute a little bit – but it’s not the main part of the cake.”