Concerns for native mussels in Wairarapa

The annual kākahi (freshwater mussels) monitoring survey day at Lake Domain Reserve in the Wairarapa has come up with some concerning results.

While there were plenty of adult kākahi found, not a single juvenile specimen was found.

Niwa freshwater ecologist Mark Fenwick told Afternoons the results weren’t much of a surprise to him. 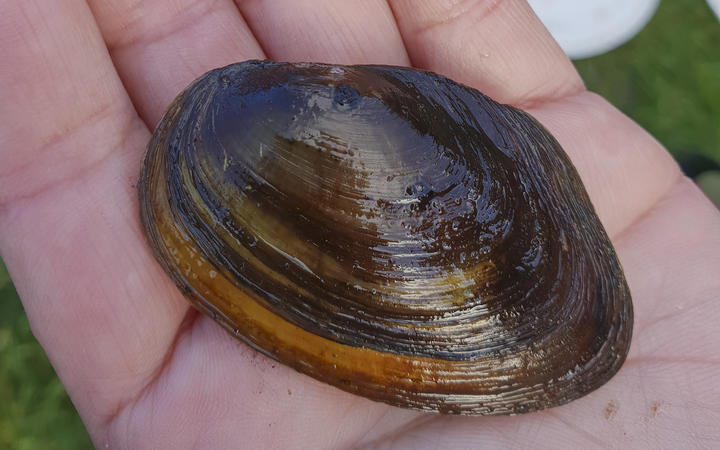 “It’s something we’ve been keeping an eye on for the last seven years, so we know there are problems. It’s just interesting to see what seven years of data looks like.”

Fenwick says they’ve struggled to find juvenile from the beginning of the surveys.

“What we thought would happen was that overtime we’d start to find them, and we just haven’t.”

He says there are several things that could be causing the loss.

“Fresh water mussels are a dying species all over the world and it’s the usual players; pollution, habitat modification, changes to land use, changes to water use, all these things can be affecting these little mussels and possibly their fish hosts they rely on to carry their babies.”

He says part of the solution is more wetlands, planting, and weeding around lake Wairarapa but they’d need help for that. And, if he was being ambitious, the Ruamahanga River which was diverted in the 1960s could be rediverted back to the lake to help with flushing and increasing the quality of conditions.

“But, there’s a lot of money and a lot of players involved.”

Fenwick says there are local farmers who have been doing good work and planting aside their local streams and rivers and trying to improve the water quality.