Taking proverbial wisdom to the streets

As part of a Festival of Cultures in Palmerston North, proverbs from 23 cultures will be displayed at 29 businesses along the city's boutique retail strip, George Street.

The idea has come from Massey University Associate Professor of Classical Studies, Gina Salapata, who's a proverb fan.

She joined Afternoons to explain how these simple short sayings connect communities and cultures. 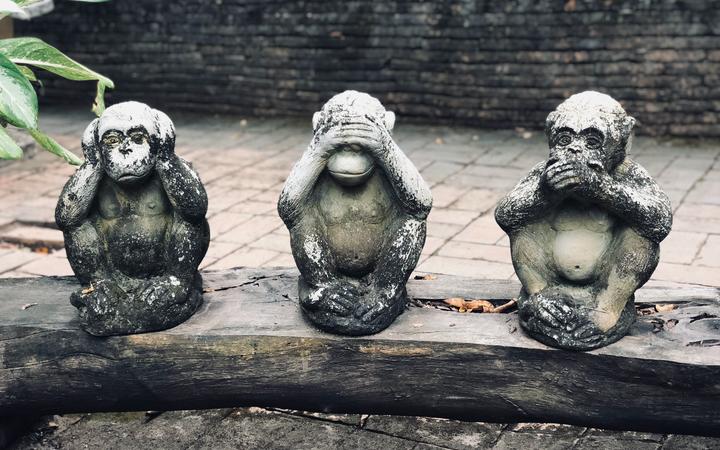 Salapata tells Jesse Mulligan she was first introduced to proverbs by her mother who had collected great proverbs from Greece.

“She made a list of them just to pass the time. One year, I went there, and she presented me with that list of about 700 proverbs and it was amazing that I knew almost half of them because she had used them herself.

“It kind of started from there. It made me think how valuable this wisdom is and I started thinking about a project I could run.”

Salapata says that there are many similar proverbs across cultures that broadly have the same meaning, and there are particular ones that only apply to certain cultures.

“Some express the cultural identity of the nation, that’s also very interesting. It’s good to see the common values and ideas across humanity, but also cultural diversity is expressed.”

Among the proverbs expressed across a broad range of different cultures are, ‘the pen is mightier than the sword’, ‘don’t put all your eggs in one basket’, and ‘too many cooks spoil the broth’.

One of Salapata’s favourites, which will be displayed, is an Arabic proverb and states: ‘children are the button hole that holds their parents together’.

Another is an Indian proverb which states: ‘you can’t cook one half of the chicken and leave the other to lay eggs’.

One more they found for a hair saloon is an Irish proverb which says: ‘a hair on the head is worth two on the brush’.

She says proverbs are a branch of her main area of classical studies in which she specialises great works of art and religion.

“This is not directly relevant, but it’s an interest I have cultivated to connect with communities and involve the community. It’s one of my passions, not just researching in an ivory tower, but contributing and involving the community and proverbs are a great way to preserve the wisdom of our ancestors.

“If we don’t use them, we lose them. And we use them less and less in today’s culture.”