Most con artists are just after money. The Hollywood Con Queen was after pride too. 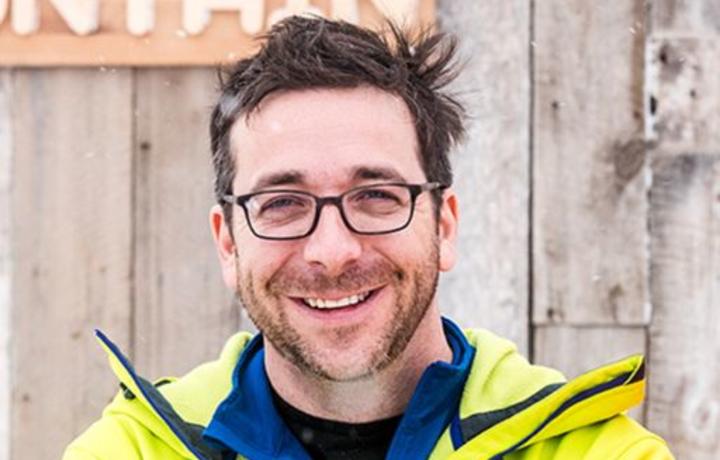 Journalist Josh Dean went on a quest to uncover the identity of the person behind the scheme.

He created a podcast Chameleon: Hollywood Con Queen about the scam that he estimates has drawn in hundreds of people.

He first decided to investigate when a friend of a friend became caught up in the scam, he told Jesse Mulligan.

“He was a physical trainer at a fairly junior level and he’d been hired for what he thought was a job on a film set in Indonesia.

“The offer was get yourself to Jakarta, it’s fairly urgent, this position had just become open but when you get there you’ll be scouting and taking over this big job.”

He says for that man, named Eddie, it was the chance of a lifetime.

Eddie made his way to Indonesia and then over a series of days nothing happened.

He returned to LA did some digging around and realised it was all scam, there was no job – and it turns out he wasn’t alone.

Meanwhile he had paid upfront expenses which he was promised would be reimbursed.

In the industry, Dean says, such job offers are not uncommon.

“People in the gig economy, when you have these creative jobs, you often take work from people that you’ve never met before.”

And the offer came from what he thought was a connected film identity, Dean says.

Eddie thought he was talking to a woman named Dee Backish who’s married to Bob Backish the head of Viacom and it was plausible that Backish might be producing a film, he says.

The con artist was very adept at voices, Dean says.

“Some of the characters who are later impersonated are Amy Pascall the head of Sony Pictures, or Dee Gardiner who is Brad Pitt’s partner at a production company called Plan B.”

These might be famous people in Hollywood, but it’s not like you know their voices, he says.

The con artist was skilled at weaving in little bits of information about his victims lives into the set-up, Dean says.

Dean suspects this con has been going since 2012.

The Con Queen was skilful at picking the right mark, Dean says.

Dean experienced this first hand when he was in touch with victims who were on the hook and in communication with the Con Queen.

“My master plan was to swap myself in so that I could become the victim and we would record the whole process.”

Very quickly after he started to get recordings of conversations and being privy to the con as it was happening the Con Queen sensed something was not right, he says.

“[She was] Really, really attuned to when it was working and when it wasn’t working.”

Dean marvels at the many skills this con artist had.

“To me the project management is just astounding, over those six or eight years we believe there were hundreds of victims maybe as many as a thousand. So, when you think about that as many as a 1000 people were seduced into this con by one of any number, upwards of 20 different personalities.”

This one person managed to be hundreds of different personalities without losing track of which identity was conning which victim, he says.

But why do it when the amounts of cash extracted from the victims was relatively small?

“It’s one of the big mysteries and one of the strangest things about this con. Because in almost every other case the motive of a con is very obvious.

“You could say this person succeeded for 6 or 8 years and we believed well over a $US1 million was taken but that required hundreds of people for it to succeed over and over again.

“I don’t think anybody sits down in 2012 and says I’m going to for the next 8 years lure people to Indonesia take a thousand bucks from them and then I will become a millionaire – it’s just impossible.”

Dean believes a lust for control was the main motivation.

“This person liked the feeling of being able to manipulate people almost like a puppeteer.”

Eventually the FBI began to close in, but Dean had already established who the main con artist was. The FBI asked him to keep a lid on what he knew.

“Meanwhile the con artist was still at it and I was talking to victims on a daily basis, they were coming forward constantly and we just felt that sometimes sunlight is the best disinfectant.

“I didn’t feel like this person was a flight risk, was not a danger to the public and exposing the identity might actually stop it finally.”

The con artist was arrested two weeks after Dean released his identity.