Sharks are creatures that both terrify and fascinate - fish that have been villianised in films like Jaws, but also celebrated in ancient myths.

He tells Jesse Mulligan that he sometimes thinks twice before getting into the surf. 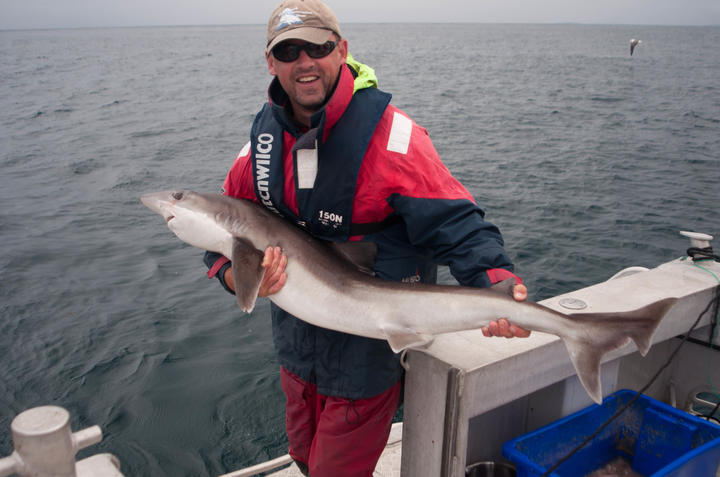 “When I’m diving, I’m pretty cautious around seal colonies. But, generally, I don’t think too much about it at beaches.”

This year, a woman was killed in a shark attack off Waihi beach, but Duffy says it’s very rare for someone to die from a shark attack in New Zealand and we shouldn’t be too worried about getting in the water.

“We have about one shark bite incident a year in New Zealand.”

He says that if you notice a shark in the water, and you can’t tell what type of shark it is, the safest option is always to get out of the water.

Shark attacks occur randomly around New Zealand, Duffy says, but occasionally one area will have a spate of attacks.

“It’s very hard to explain why they are in one place and not others.”

How sharks navigate in their migrations around the world is a doozy of a question, Duffy says, and is probably a combination of things from the sun’s rays, magnetic fields, and even the earth’s gravitational pulls.

“The amazing thing about it is they’re so accurate. The tracks of great whites from Australia to New Zealand often overlay each other and they often show up in the same places at the same time.”

Why there are more great white attacks in Australia than New Zealand, given the sharks chart both countries, is probably down to simple probabilities of more people being in the water in Australia, Duffy says.

The idea of punching a shark in the nose to ward off an attack is a stupid one, Duffy says, and would probably make the shark peeved and more likely to attack. He says an attack is purely down to how hungry a shark is and the risk its prepared to take in going after a human rather than its natural prey.

Duffy says he first got interested in sharks when he was fishing with his family and a big bronze whaler swam past the boat.

“I just looked at it and thought it was one of the most amazing animals I’d ever seen. I was pretty hooked on them from that point onwards.”

However, when he said he wanted to study sharks he was told it was a worthless pursuit.

“They told me what a silly idea it was and that there were no sharks in New Zealand, don’t bother, study something else.

“They are a difficult animal to study, by their nature, but there are a lot of different sharks in New Zealand waters and, had the academic infrastructure been there to study them, I would have gladly taken the opportunity to do that.”

He says there are more than 60 shark species in New Zealand waters but the great majority are small and live in deep water so they’re rarely seen.