Housing crisis: Is rezoning the answer?

In her State of the Nation speech, National Party leader Judith Collins called for urgent temporary legislation to rezone land for housing.

Senior business journalist Bernard Hickey told Jesse Mulligan that the flaw in the idea is councils do not want to be lumbered with the cost of all the extra infrastructure that comes with building houses, and their rate payers don’t want to fund it through higher rates. 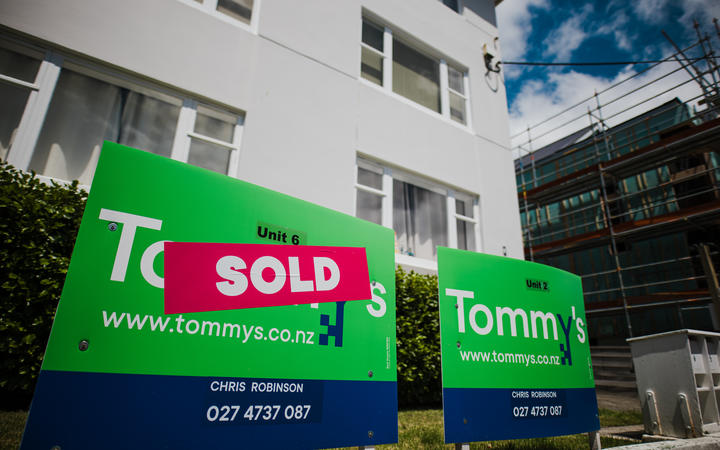 “The real problem here is political parties pointing at councils and saying you must rezone land for housing and get those houses built and the council says, yip nice idea but my ratepayers won’t let me pay for all this infrastructure.

Council are disincentivised to encourage house building, he says.

“New Zealand is very unusual in that when there’s growth in a particular area or city none of that money or income goes to the local government.”

For the last 20 years both Labour and National have pursued a population growth strategy, Hickey says.

“Bring in lots of migrants, temporary workers and business from overseas and [they] have taken the benefits of that in lots of GST and income tax but have not shifted it back to the regions and the councils to help pay for the infrastructure.”

A million people have come to New Zealand in the last 20 years, he says.

“But we haven’t built the infrastructure for it and that‘s partly because councils do not see that growth pays for growth, all they see is extra debt and higher rates.”

So, councils use the RMA to stymie building which plays well with ratepayers, he says.

“Ratepayers didn’t ask for all these extra people and busier roads and they are effectively rebelling.”

Neither party has addressed this problem of how to encourage councils to allow new houses to be built, Hickey says.

“At the moment they are only interested in wagging their fingers at them and saying you must allow it.

“That didn’t work under the Key/English government it hasn’t worked under the current government, and to really get houses built you need the cooperation and the active participation of councils.”

There is a market knows best culture that prevails with housing provision, he says.

“There is a culture, a group of people in Wellington and councils as well, who believe that it is not the role of government, central or local, to make sure that houses are built.

“They see this as something that the market should deal with and they also worry that taxpayer’s money or ratepayers will make individual people richer by getting their houses built.”

A very different ethos prevailed in the post war period, he says.

“We’ve been building houses at about half to two-thirds of the rate that we did during the ‘40s, ‘50s and ‘60s when the central government saw itself as the main guarantor and funder of development.”

In that era, government saw New Zealand as a young country with young families who needed homes, Hickey says.

“They funded it and they built it through the Ministry of Works paying for it.”

He says Jacinda Ardern’s pledge to rule out a capital gains tax takes a major demand side lever out of the equation.

And on the supply side there is no political incentive for governments to boost supply.

“It actually makes political sense of councils and government to restrain housing supply”, he says.

“Because the people who vote, really benefit an awful lot from rising house prices. When you have 60 percent of the population and 70 percent of voters who own property and benefit from this current disaster then it’s really hard to make change.”

Young people who bear the brunt of the crisis have little political leverage, he says.

“The prime minister said last week she would leave no stone unturned to deal with this housing crisis but the guts of it is the biggest stone [CGT] she has concreted down on to the ground and will not touch it.

“And nor will any major party that wants to get re-elected, and the Greens who do want to touch it have said they will never go with National therefore they have no leverage.

“At the moment only the TOP party is the one who wants to touch that stone.”