Sheep have grazed our lands since 1769 and were once so ubiquitous they were part of our national identity. Today there are five sheep for every Kiwi, a far cry from the peak of 22 per person in 1982.

Cultural historian Philip Armstrong is an expert on the woolly mammal, having authored the book Sheep. He joined Afternoons and says sheep first made their way here with Captain Cook on the Endeavour. 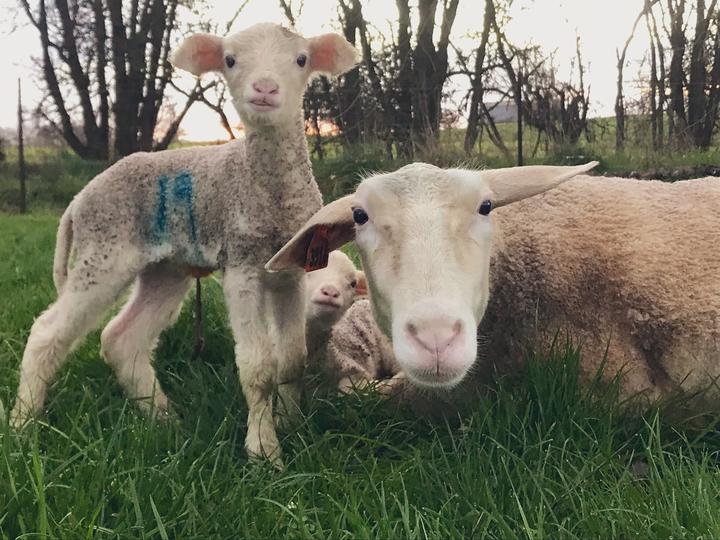 “There was just one ram and one ewe, it was part of process of exploration and discovery by Europeans – they would take livestock animals from Europe and introduce them to Oceanic islands so that the next lot of European ships that came by could take advantage of it and kill them for meat.”

Those two sheep came ashore and died the next day because they had eaten tutu berries, which has killed many sheep across the country. It wasn’t a very auspicious start for sheep here, and the next two Cook tried to seed also died.

The first flock to be brought here and survive were seeded by Samuel Marsden in the Bay of Islands which were merinos from Sydney. Later, 80 to 100 merinos were introduced to Mana Island off the Porirua Harbour.

“They were there for ships, particularly whaling vessels. It wasn’t really until the 1840s, and then big time in the 1850s, that flocks started to be brought across the Tasman from Australia for pastoralism and from that point it really took off.”

And take off it did. Wool became a major export item for New Zealand and, after the first ships with refrigeration arrived, lamb and mutton did too.

The meat exports began to dry up in the 1970s after the UK joined the common market. Sheep numbers continued to increase nonetheless in part thanks to Robert Muldoon’s subsidies for farmers.

“It wasn’t until Rogernomics came and took all the subsidies away that sheep numbers really began to drop, and they dropped very sharply.”

Sheep are often thought of as stupid animals and people who blindly follow instructions or orders are often called ‘sheep’, but Armstrong says they are very gregarious animals and have a high social intelligence.

“We stereotype them as followers because they’re followers, they really are, it’s what they like to do.”

In fact, a study at Cambridge – published in Nature - showed that sheep were able to recognise different faces among a flock for up to two years after seeing them and preferred the faces of contented sheep to those of unhappy sheep. They also responded to pictures of sheep that they knew but hadn’t seen in a few months by vocalising, which they also do with human faces.

“The same scientists did some MRI scans and it’s clear that sheep have, to the same degree as humans, a set of cells in the pre-frontal cortex of the brain which are designed to encode, recognise, and remember faces.”

Some of the signs of affection are when a sheep will rest its head on another sheep’s back, meaning that their friends, and when rams playfully kick each other on the chest, signifying they’re friends or lovers.

“During the time that they’re just in their bachelor flock, rams do tend to make friendships and pair up. When the male sheep rejoin the female flock, some of them focus on the females and mating, but some of the male rams will just stay with their male friends… I am talking about homosexual affectionate bonds between sheep.”

Homosexual sheep raises interesting questions for the study of animals, particularly as Darwin said that animals have sex for procreation and spread their genes.

One idea as to why animals, and humans, express such vivacity and act outside of the behaviours of survival and evolution, was first expressed by French philosopher Georges Bataille and taken up by a biologist called Bruce Bagemihl is biological exuberance.

“So, there’s a certain amount of vitality from the sun, it’s the sun that makes plants grow, animals eat plants, that’s where the energy comes from. But, that’s in excess of what animals actually need in order to survive and reproduce – so that energy needs to be expressed somehow.”

Armstrong says that’s when we see things like outrageous plumage on birds such as the birds of paradise, or things like non-reproductive sexual behaviour which is really common.

“It’s more common than reproductive sexual behaviour, perhaps, throughout the natural world. All animals behave sexually in ways that aren’t going to result in offspring. It’s clearly an expression of something else.”

Rams that won’t breed with ewes are obviously not very productive from a farmer’s point of view and Armstrong says there have been efforts to selectively breed out homosexual sheep, without any success.

“Conversion therapy never works, does it?”