The history of New Zealand’s Coats of Arms

We all sing the national anthem and we recently had a vote about the national flag, but how many of us pay any attention to our Coats of Arms?

Afternoons' regular historian Grant Morris investigates the history of both our national and local Coats of Arms.

Morris says we’ve all seen the coat of arms, but we don’t dwell on it very much. Most people associate it with court, and for good reason. 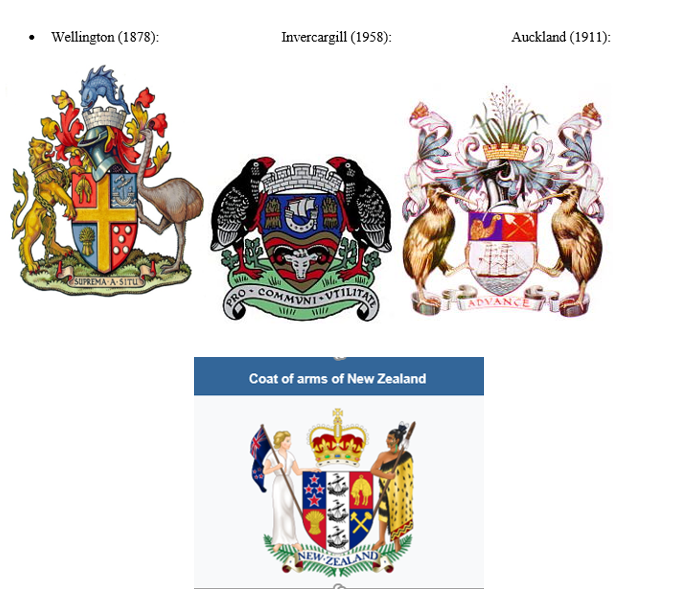 “Many of the formal government organisations like courts, parliament, and all of the branches of government, you’ll see the sign. It’s one that’s very common, but it’s quite bitsy so it’s not one you necessarily spend a lot of time looking at.”

Coats of arms have their origin in heraldry and began with aristocratic families in the middle ages.

“You can have coats of arms for organisations, universities, families, cities, towns, and countries. It’s all part of that very complex world of heraldry.”

A good example of this is the Wellington coat of arms which adopted some of the Duke of Wellington’s aristocratic symbols from his coat of arms.

One the left side of our country’s coat of arms, we have Zealandia, daughter of Britannia, who symbolises New Zealand and then a Maori rangatira (chief) on the other side.

“This particular coat of arms is from 1956 and that’s a revamp of the original which is very similar but a little more dated, it looked more like the British one.”

“Given the date this was developed, agriculture basically gets half the symbols and that just shows the historic nature of it because, if you were looking economically and you wanted a shield that represented the New Zealand economy at least until March last year, tourism should be there.”

Morris says coats of arms can tell us what New Zealand was based on, what was important to us, and how that’s changed over the years.

“What if we were to do another one today, if we were to update it what might it look like? One of the themes I’ve been bringing up over the last eight or nine months is that, as we become more inwardly focussed because we can’t travel, perhaps these sorts of things are going to become more important.”