Now to the final in our series on the four sports debuting at next year's Tokyo Olympics.

So far Afternoons has talked about climbing, surfing and skateboarding

Today it's the turn of karate - which makes it's Olympic debut in the country where it all began – Japan. 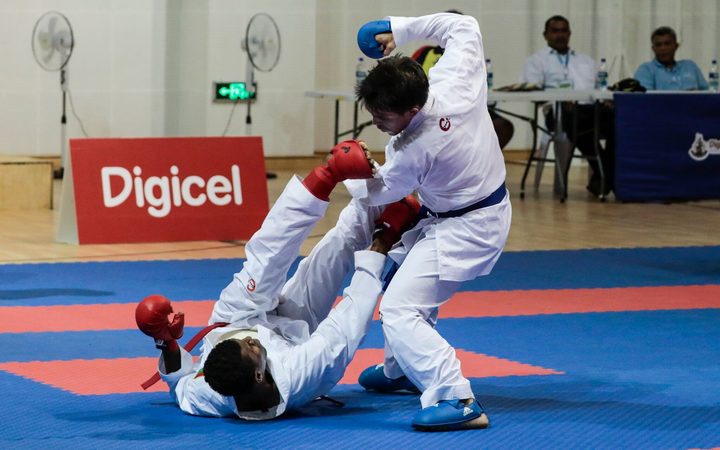 Rebecca Merrifield and Grant Holland from Karate New Zealand joined Afternoons to explain how it will work.

Rebecca says they are ecstatic to have karate’s Olympic debut take place in its country of origin.

Both took up karate as children after seeing their fathers doing it. Rebecca says she didn’t like it at first but pushed through.

“It takes a lot of dedication and perseverance. There’s a lot you can learn from karate as a sport and, as a tradition, there’s a whole range of things. It helped me with self-confidence.”

She says there were some bullies at her school and karate gave her the ability to defend herself. Added to that, it was something the family took part in.

“I don’t know a lot of people who can say that their whole family can actually go and train together. I think that’s one of the things that makes karate such an awesome sport for everybody.”

Grant says people have a misconception that karate is all chops and flying kicks, which is probably what attracts youngsters, but there’s actually a lot of focus on confidence, respect, mental focus, and discipline.

“Karate for children is almost more for the parents who see or want some of these things for their children.”

In the Olympics, there will be four male events and four female events. Three will be fighting (kumite) and one will be kata – a non-fighting practice that focuses on form and movement.

“It’s kind of like a gymnastic routine,” Rebecca says, “there’s a whole process and each move is very defined, and there’s a reason for doing it. It’s a form of self-defence, and it’s a way they use to train self-defence back in the dark ages when we didn’t have competitions.”

Kiwi Andrea Anacan will be representing New Zealand in the kata category and there remains a possibility, but the final list won’t be out until June 2021.