IQ is an overrated way to measure genius. Beethoven couldn't do maths. Steve Jobs barely finished high school. Dr Craig Wright has seen a genius or two in his time as a PhD student at Harvard and professor of music at Yale and says creativity is a much better measure of a brilliant mind.

He identifies the traits that put Stephen Hawking in the same company as Kanye West, in his book The Hidden Habits of Genius: Beyond Talent, IQ, and Grit - Unlocking the Secrets of Greatness. 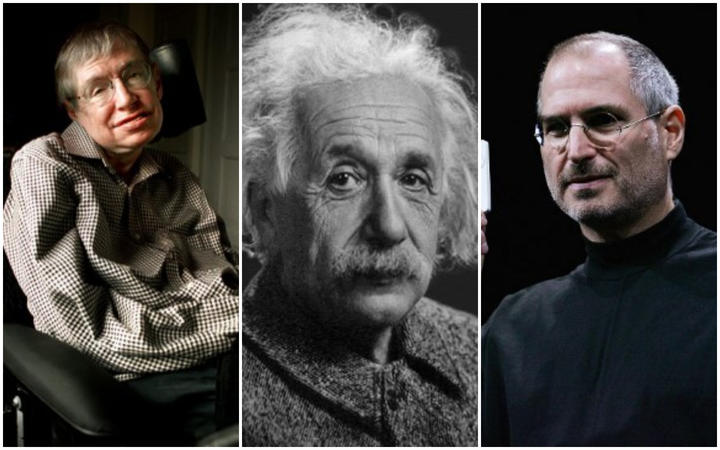 Dr Wright is quick to make the disclaimer that he’s no genius himself.

“When I told my children I was writing a book on genius, they thought that was the funniest darn thing they’d ever heard.”

There’s a dictionary definition of genius, and then there’s Dr Wright’s:

“A genius is a person of extraordinary mental powers who’s original works or insights change society in some significant way, for good or for ill, across cultures and across time.”

Or, as he simplifies it:

A good example, he says, is antibiotic penicillin in terms of its impact on large numbers of people over time.

Another trademark of genius is aiming for a target that others don’t see. He cites Steve Jobs who said people don’t know what they want or need until you show it to them.

Dr Wright says some readers of the book are horrified by his inclusion of Kayne West and Lady Gaga into the genius club.

“I think they belong there because they changed the world.”

And the younger generation who take his class on genius at Yale tend to agree, which makes him wonder if it’s a generational issue.

Dr Wright disagrees with the notion that 10,000 hours in a chosen field can make one succeed, or that children need to begin specialising early. He says a well-rounded education is the best tool for success and even Albert Einstein was a big proponent of liberal arts education.

He says there’s an element of trouble-making in the genius mind and parents should encourage their children to explore and get into trouble on their own rather than stressing about the best school and education they can provide.

However, genius isn’t exactly something one should strive for in themselves or their children. One of the key traits among them is that they’re misanthropic.

“They are so self-obsessed with driving themselves and driving the world forward to their new vision of a changed world that the rest of us become roadkill along the path as the genius speeds forward.

“Generally speaking, these are not nice people.”