In the age of digital technology and social media platforms it is easy to be outraged and calling people out and shaming them for hateful or ignorant opinions is just as easy. 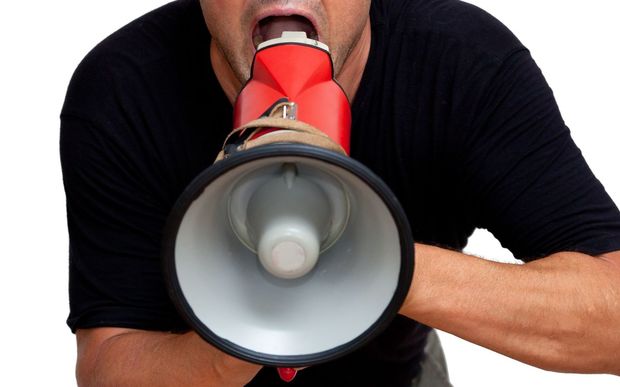 But there is a better way, Smith College professor and feminist activist Loretta Ross says.

Professor Ross has been a staunch advocate of African American women’s rights dating back to her college days in the 1970s.

She says back then she was not one to ‘turn the other cheek’ and had a quick temper and fast tongue.

However, she learnt all those decades ago, before the advent of Facebook and Twitter, that calling people out in public was not the right way to go about an argument.

Professor Ross says legitimate criticism, or punching up, is warranted to hold people in power accountable that aren’t accessible in everyday life.

“But I’m concerned with what I call the sideways punching,” she tells Jesse Mulligan.

“Sideways punching is when people are relatively of the same status that you are, but you are busily criticising them because they don’t use the words you would use, or they use the wrong gender pronoun, or they didn’t have the latest woke language.

“There’s this whole woke competition going on where people are really virtue signalling with their knowledge and really punishing people for not knowing what they know when actually they only probably learned it a short while ago themselves, and so they feel the need to dominate others with their knowledge instead of sharing it with love and respect.”

Professor Ross says a lot of calling out on social media happens because people are not self-aware, and they are not self-assessing where they are when they choose to call out.

She also believes people call each other out because they haven’t forgiven themselves for their own mistakes in life and find it very hard to forgive others for theirs.

Instead of calling out, Professor Ross likes to use a method she describes as calling in – when you call someone out, but with love.

“Instead of saying ‘you should’ve never used that word cripple because now we say differently abled and you’re just being ableist’ you can say ‘you know when you used that word cripple, I don’t know if you knew that now the people who are disabled like to be called differently abled, do you mind if we have a coffee sometime to talk about how this language is changing so fast [that] none of us can keep up with it’.”

She says the benefit of calling in rather than calling out is that you always keep people’s humanity in front of mind.

“The way I describe it is ‘act like you are holding somebody’s heart in your hand’ and you don’t want to squeeze it too hard so that you hurt them.

“So, when you use calling in techniques be calm, be gentle, be respectful and really be loving towards them, because you want that same kind of love, respect and gentleness offered to you when someone is trying to talk to you.”

She admits that even if you act that way, the person you are trying to call in may not be able to accept what you are telling them.

Professor Ross also admits it takes a fair bit of self-restraint not to go straight for the caps lock button on the keyboard.

“Instead of twitching really quickly to pounce on people first ask yourself, ‘why do I feel the need to pounce on this person, am I actually challenging injustice or am I just challenging them because it makes me feel good to be able to challenge them’.

“You really can’t uphold human rights by violating people’s human rights, that’s a contradiction, and so if you brutalise people trying to get them to not commit a human rights violation, then you’ve actually undermined and betrayed our own mission.

“I think a lot of people get a lot of sadistic pleasure out of calling people out, they want to enjoy someone’s downfall, but all that does is it makes other people fearful that they will be the next target.”

In her closing remarks, Professor Ross gave one final piece of advice to people thinking about calling someone out, or in.

“How would you feel if someone decided to use your life as a playground, and if you wouldn’t like it happening to you then don’t recklessly do it to someone else.”