Stop feeding the birds, it's killing them

New Zealanders are being urged to trade bread for salad greens and corn kernels to save the lives of birds at their local parks. 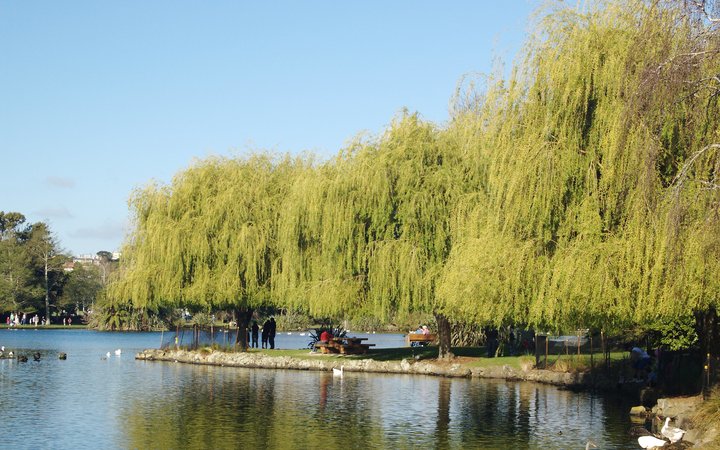 Birds New Zealand held an Avian Health Awareness event at Western Springs on the weekend to educate the public about the dangers of feeding bread to birds.

Auckland Regional representative, Ian McLean, told Jesse Mulligan New Zealanders are behind the rest of the world when it comes to feeding birds.

“Here in New Zealand where almost back in kind of a 19th century type of habit feeding birds bread and we’re quite often very much unaware of the negative effects.”

Mclean says there are multiple problems with feeding birds’ bread – it’s high in calories and is the equivalent of junk food for them.

“It can give them all sorts of problems, problems like angel wing, which is when a bird is unable to fly, its wings basically grow horizontally out of their body.”

Feeding birds bread can also make them aggressive and skew the biodiversity at your local pond, he says.

“We end up with lots of problematic or introduced birds dominating the whole environment.

“For example, at Western Springs we might have feral pigeons, feral geese, in favour of mallard ducks, lots of pukeko and black back gulls. One of the issues with that is it affects the other birds, it’s skewed in the favour of a few abundant and problematic species.”

Western Springs, Lake Pupuke on the North Shore, Lake Virginia in Whanganui and Victoria Lake in Hagley Park are some of the country’s worst affected spots for feeding bread to birds, Mclean says.

Last year almost 200 feral geese had to be relocated from Western Springs because they were making a mess of the park and were causing botulism - a bacteria that could paralyse and kill in other birds, he says.

“Just things like salad greens and corn kernels or oats, these are all really good healthy alternatives and it’s also something we can do in our backyard as well, we should never actually feed bread to birds at home because it creates more and more feral pigeons and house sparrows and mynas.

“Other birds like our endemic Grey warblers and fantails suffer because they’ve got this domination of these invasive introduced birds in their backyard.”

He says another problem plaguing Western Springs because of bird feeding is the rats that run along the shoreline in search of bread.

Both rats and the pukeko are a predator for ducklings at the park, Mclean says.

“If you keep feeding birds bread there you get this plague of pukeko, of course pukeko are a native bird but its quite problematic. One of their favourite foods is ducklings… it’s quite a terrible thing for people to witness.”