Māori had an ingenious and sophisticated way of building, that made for remarkably stable structures - resistant to the forces of the weather and ground movements. 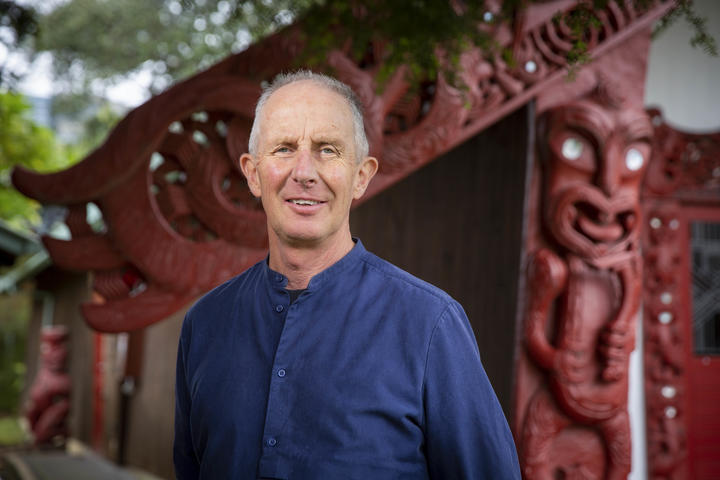 Contrary to popular perception, they developed these techniques well before the arrival of Europeans - nor were they dependent on the arrival of hammers and nails.

These are the findings of Jeremy Treadwell from Auckland University's School of Architecture, who just completed a PHD in Māori architectural technology.

His thesis included creating the first digital reconstruction of the interior of a whare runanga, one that had existed only as a collection of carvings, and the actual building of a one-third scale model whare to demonstrate previously unheralded building techniques.

His research demonstrated that the whare runanga was not a simple post and beam structure, rather it involved a sophisticated way of building that used techniques and components distinct from those used in European timber frames buildings.

He found that the wharenui was unique in conception and construction, such as in the way wall posts and rafters were tensioned together into a compressed arch. This made the structure very strong, rigid and resistant to deformation, Treadwell said.

Treadwell told Jesse Mulligan that finding literature on Māori construction was hard to come by and spent a lot of his time in the backrooms of museums in New Zealand and Scotland to look at the components that made up the whare structure.

He said what he found contradicted archaic Western ideas about Polynesian technology.

“When I grew up the term whare was a derogatory term, it talked about things that were simple and crude… anyone who looks at [Māori] carvings will tell you they’re not crude, but from a technical point of view, what I’ve learned is there’s a sophistication in the technology, which kind of equals and compliments the sophistication of the artwork that allows the building to be understood culturally.”

Treadwell believed there was still a lot to learn about Māori construction and how it could be utilised in future projects.

“Because there’s contemporary legislation concerning building’s assembly, which requires these buildings to meet certain code requirements – this applies to wharenui and various other buildings – it seems to me… this technology could be made contemporary and sufficiently performative to meet those regulatory codes.”