How Online Extremists use the internet - Andrew Marantz

For three years, New Yorker staff writer Andrew Marantz lived in the world of trolls and white supremacists, watching them use the internet to advance their odious ideas.

He grapples with the price of free speech and asks how social media giants like Facebook can reckon with the forces they've unleashed in his book Antisocial: Online Extremists, Techno-Utopians, and the Hijacking of the American Conversation. 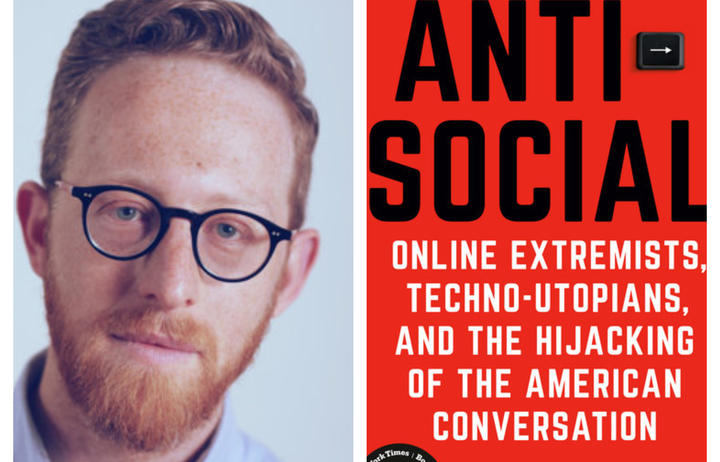 New forms of communication and technology have the potential for good, but that doesn’t mean we are complacent about the potential for harm and allow corporates to regulate those threats, he tells Jesse Mulligan.

“Scale, scope and speed are all different," he says. "The algorithms make it very different. Of course, there have always been unjustified panics all kinds of new technological innovations.

“I don’t think we should be Luddites and smash all the computers. It’s not practical or desirable, but we can’t just say every new innovation will work itself out and people will get used to it, the market place of ideas will sort it out.”

Social media giants do have a responsibility when it comes to platforms being used for bad purposes, he says. These companies gain capital from audience and time spent on platforms and know that certain behaviour will take place on these, including the spreading of lies and dangerously erroneous narratives.

“When Donald Trump tweets something awful it’s Donald Trump’s fault he did that…but we can take the individual agency argument too far. People respond to incentives and systems, so it doesn’t let the individual off the hook, but it’s just a fact that we know about human behaviour.”

Marantz says the platforms offer openings to groups and individuals to spread anti-social views and politics. Those gate-crashing the social discourse have any means of doing so and Marantz felt compelled to get up close to those people and observe them.

He met them, first at the DeploraBall – a play on Hillary Clinton’s lambasting of half of Donald Trump’s supporters as ‘a basket of deplorables’ before the 2016 presidential election. The event was organized by GOTV group MAGA3X, held at the National Press Club in Washington DC, on the eve of Trump’s inauguration on January 20, 2017.

“I wanted to see it and I wanted to describe it in real, textured narrative detail,” he says.

“That was just the beginning. I really spent three years with them, just seeing up close how they operate.”

He met a self-described news site operator at the event, who announced he would be Washington correspondent for his right-wing platform reporting on the Trump administration’s work. Marantz spent a long period accompanying him on a bus from New York to Washington.

“It was much weirder, and thread-bare and disturbing than I could have imagined. So, that’s why I went. It’s one thing to buy people’s hype and describe them how they want to be described and another thing to hang around with them and watch until the mask starts to slip.

Another individual he followed was a troll who spent his day producing memes of Hillary Clinton during the election. He wasn’t a dysfunctional teen living in his mum’s basement, but a family man who had a sophisticated understanding of what he was doing.

“Part of what you get when you settle into long-term observation of these folks is that, it can kind of be both pathetic and gross and also extremely influential. It doesn’t have to be just one or the other. So, these people might be sordid and pathetic, but if you turn away from it.

“I think there’s a sense, not just among progressives but among all people who have good will who don’t want to get their hands dirty, that to even know about this stuff is to somehow validate it or to lower yourself to its level. I don’t think that’s fair at all. You need to know about this stuff and actually when you look at it sometimes it’s a little disarming – sometimes it’s funnier or weirder or less threatening then what it seems at first.”

He says platforms like Facebook have few incentives to fix the gaps where these groups and individuals slip in it and propagate their messages. These gaps are there by design and drive numbers, he says. 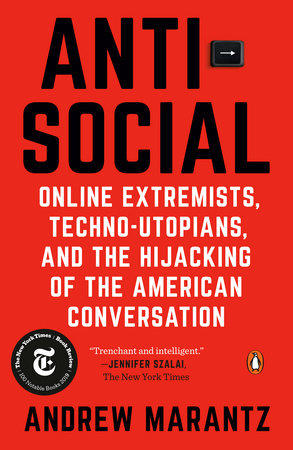 “All the algorithms know how to do is maximise the amount of time people spent on the platform.”

The defence of social media firms that denies culpability over the fact people lack critical thinking skills to discern false, damaging narratives from the truth, doesn’t stack up.

People consuming lies from social media platforms are entering a free market of information with no rules and no regulation and the consequences are foreseeable, he says. It is up to the owners of these platforms to address it, because it’s simply not working out.

“Of course, agency matters and of course people can choose different foods or whatever, but just from a pure pragmatic and utilitarian point of view this is a thing we know about societies. If we want to stop a pandemic for example, you don’t go around blaming and shaming individual people, you change the system so there’s more protective equipment and testing.