Celebrity chef and author Chelsea Winter has reinvented the wheel - she's come up with a brand new concept of plant-based eating for the whole family.

Healthy, enjoyable sustainable eating does not need to be difficult or time-consuming she says. Her new book is called Supergood and is out today. 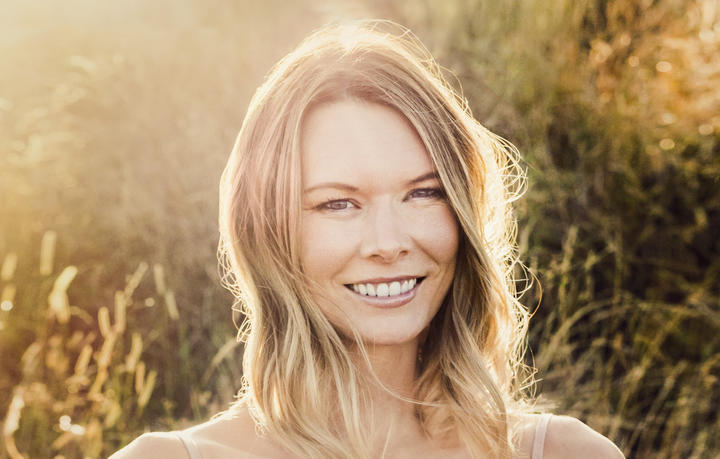 It is her fifth book.

"This is the first book I’ve done that is entirely plant-based recipe," she tells Jesse Mulligan. "So, it’s a huge shift from my other books in that respect but not a huge shift in the fact that they’re the recipes are the kind that people still expect from me. They’re easy to make with accessible ingredients.”

Her plant-based diet was a slow-burner, her interest gradually increasing as the benefits of cutting out other food stuffs became apparent and she was able to integrate it into her daily routine.

"You just have to follow your intuition and this is where mine has led me. It feels really good, I’m in a super good place right now.”

The benefits have been stark, she says, both physically and mentally.

“It’s incomparable. I have a 15-month-old son and I’m still kind of tired most of the time, but overall I just have this amazing sense of clarity. I have loads of energy. In terms of my body, I don’t think I’ve ever felt better.

“And in my heart and soul, it just feels so good.”

The recipe for her ‘lockdown loaf’, posted on social media, has been viewed 3.2 million times.

Other recipes in her book have been received well too.

“I’ve tried to cram it with stuff that everyone’s going to love. So, the macho nachos are extremely popular so far. It’s definitely converted a few hardcore carnivores so far.

“There’s a very good cake in their which is a great one for birthday cakes and kids’ parties. There’s always allergies there and it’s gluten free, dairy free and egg free. It just tastes like a really amazing vanilla cake.

“There’s a whole section on basics, the section on baking and desserts. There’s tonnes of family-friendly dinners. It’s just packed with everything you could need and most of the recipes are ones Doug and I eat here at home on a day-to-today.”

Winter has relocated from Auckland to Bay of Plenty and is loving the quieter life with her young family.

“I just got to a point in my life where I didn’t really need to be in a big city. I can work from home and I’m a country girl at heart and very much a beach chick.”