Like Giles, Waipara is a brain injury survivor who turned to singing when an accident left him unable to play the clarinet, Giles says.

"It wasn't the path he chose in life but oh my gosh look what he's created. And that ability to adapt and do songs while suffering headaches and fatigue, I just find it inspiring and there's beauty in it." 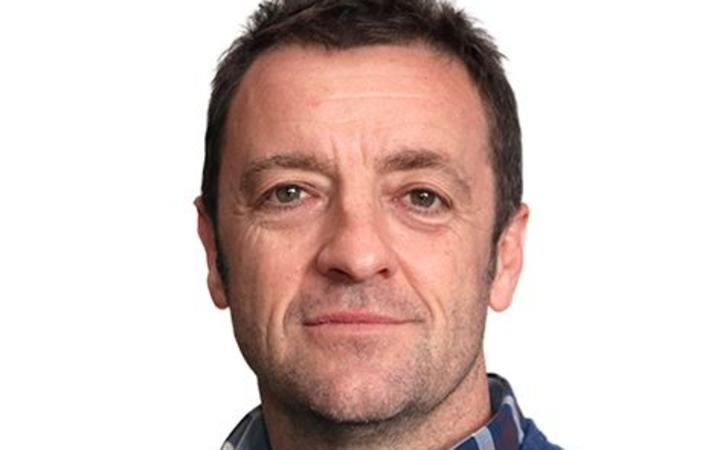 Timothy Giles, funeral celebrant and host of the 'At A Loss' podcast Photo: GrownUps New Zealand

After "getting really sick of telling my brain injury story", Giles wrote about it back in 2018.

The worst thing about suffering a brain injury, he says, is you've got to be really well before you know that you're not well.

For Giles that took quite a long time and along the way he says he destroyed every friendship and his relationship at the time.

"When you come right you've actually got a whole lot of apologising to do."

Tim has spent enough time with fellow brain injury sufferers to be well-acquainted with the challenges they experience.

"We're more short in our temper. We're not as kind. We don't have humour that comes readily. The headaches come in… and [that's it for] your generosity of spirit. You don't necessarily notice it's come on until you've lashed out.

After Giles' injury, he had to learn to read again.

Poetry was a good way back in - and he's a big fan of New Zealand poets Sam Hunt and Brian Turner.

"The gift of poetry is it's something I can think about for a long time with comparatively little cognitive effort."

After his injury, Giles became socially phobic and afraid to leave the house because he'd lose so many words.

Memorising poetry helped him learn to trust his memory again, he says.

After being told by neurologists he could never do live radio again, Giles launched the podcast At A Loss this year.

He hopes it can help people get through the grief process and support those around them who are grieving.

"If we can get people through this process, to find their connection with each other - when the loss of someone has separated them a bit and changed that way of being - that's really important."

Giles didn't realise how close he was to his own brother until he died six years ago.

"Something would happen and I'd just go to my phone where I had my brother on speed dial. Something a bit tough would happen… He'd just always been there … It was just habitual. There's up, there's down - I'm on the phone to my brother."

He hopes At a Loss can help people feel more confident about what to say to those who are grieving.

"Do ask, do mention, but also realise that after the initial period everyone else's life returns to the normal. That can be a very difficult time [for the people most affected]. 'How did you all go back to normal?'"