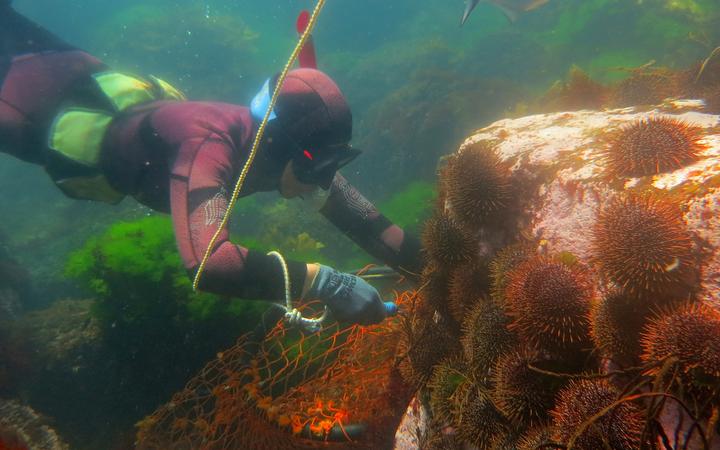 She will be speaking at  Escape! festival in Tauranga in October.

Paul-Burke tells Jesse Mulligan what Mātauranga Māori is about and how it can compete for parity of esteem and legitimacy alongside Western science and how the two approaches are now merging in different ways of looking at the natural world.

“Mātauranga Māori can be described as a dynamic knowledge system that is premised by worldviews and prefaces - you know, what we do and how we do it and why we do it that way," she says.

"It originated with Māori ancestors and as Māori we try really hard to never lose sight of that. Because, for Māori, we see ourselves as part of the natural world and connected to places of our ancestors.

“That is the job of the current generation to ensure that we pass on resources that are in as good a condition, if not better, to that which we ourselves inherited.

“So, Mātauranga Māori, uses cultural practices and principles to examine, analyse and understand the world in order for us to care for it and coexist into the future.”

“For two centuries Mātauranga Māori has been dismissed as inadequate or imperfect and therefore relegated to the realm of inferior, but Mātauranga Māori and Western science has much in common.

“Both approaches aim to understand the world in which we live. Both perspectives are well-established and include teaching and learning techniques. They’re systematic and explain natural phenomena and so both approaches highlight different ways to arrive at legitimate knowledge.”

She says the two approaches still have differences and contested areas of knowledge. Western atomised empirical science has a different way of treating nature, traditionally seen as something to be dissected and dominated.

She says an example of work that incorporates both worldview is tohu – which can be described as Māori environmental indicators or signs of the natural world useful in environment management and marine harvesting. Tohu identifies trends or changes in the space of a marine environment.

“These show us if things are getting better or worse and helps generations of Māori to sustain and enhance our marine kai and harvesting areas.”

When pohutukawa trees are in bloom it served to signal that the kina are fat with roe and ready for harvest, she says. However, when the flax bush flowers kina are small and not ready to eat, she says.

“Tuna are susceptible to pollution. If eels become covered with a fungal growth, or if their lips become puffy and not very attractive, it is a sign that the waterways have or are suffering from poor water quality.”

The Ōhiwa Harbour, in the Eastern Bay of Plenty, was the focus of another project identifying when eco-systems were out of balance.

“We discovered an overwhelming over-abundance of eleven-armed sea stars. In 2017 there were an estimated 112 million baby mussels and a continuous reef of 2km long mussels, but by 2019 less than 80,000 mussels remained in the entire harbour.

“We used Mātauranga Māori to map the original beds based on the intergenerational transmission of knowledge… and since then knowledge of that 2km bed has proven invaluable to the way we conduct our science.”

Integrating Mātauranga Māori into sciences takes time and work and the most challenging aspect of that is conceding space to other disciplines in certain areas, she says.

Another project involving Mātauranga Māori is the Department of Business, Innovation and Development’s Sustainable Seas challenge, where an innovative way of growing mussels is looked at.

“It is super exciting. Just a couple of days ago we used Mātauranga Māori and Western science, we deployed cabbage tree leaves that fell from the trees and we weaved them into a natural resource of mussel lines to grow and catch and absorb mussels in Ōhiwa Harbour.”

The Sustainable Seas National Science Challenge work is focused on enhancing the use of New Zealand marine resources within environmental and biological constraints.